After 28 hours of flying we arrived in Zürich and caught our first (very punctual) Swiss train to the picturesque capital and gateway to the Bernese Oberland, Bern.

We stayed just across the river from the old city in an apartment whose walls were covered in 3D topographic maps, comic art & knick-knacks from the owner's own travels.

As far as cities go, Bern is pretty idealic. Parks, gardens and charming old rooftops cover the steep slopes. The entire population appears to spend most of their time jogging alongside the milky-blue river Aare, which winds in a big horseshoe shape around the old city. 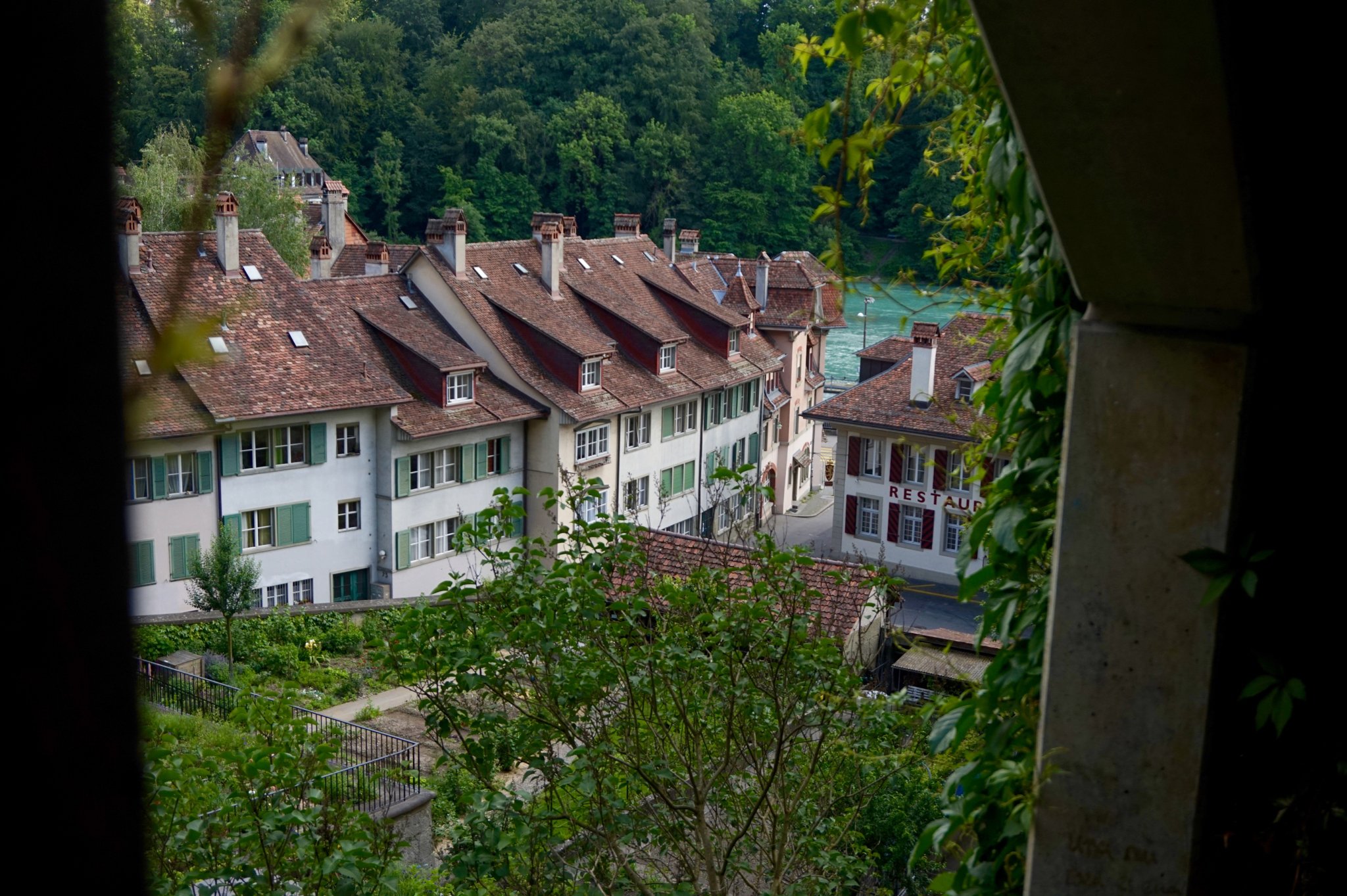 We spent our couple of days in Bern exploring the old city, wandering through the parks and, unexpectedly, swimming in the Aare. 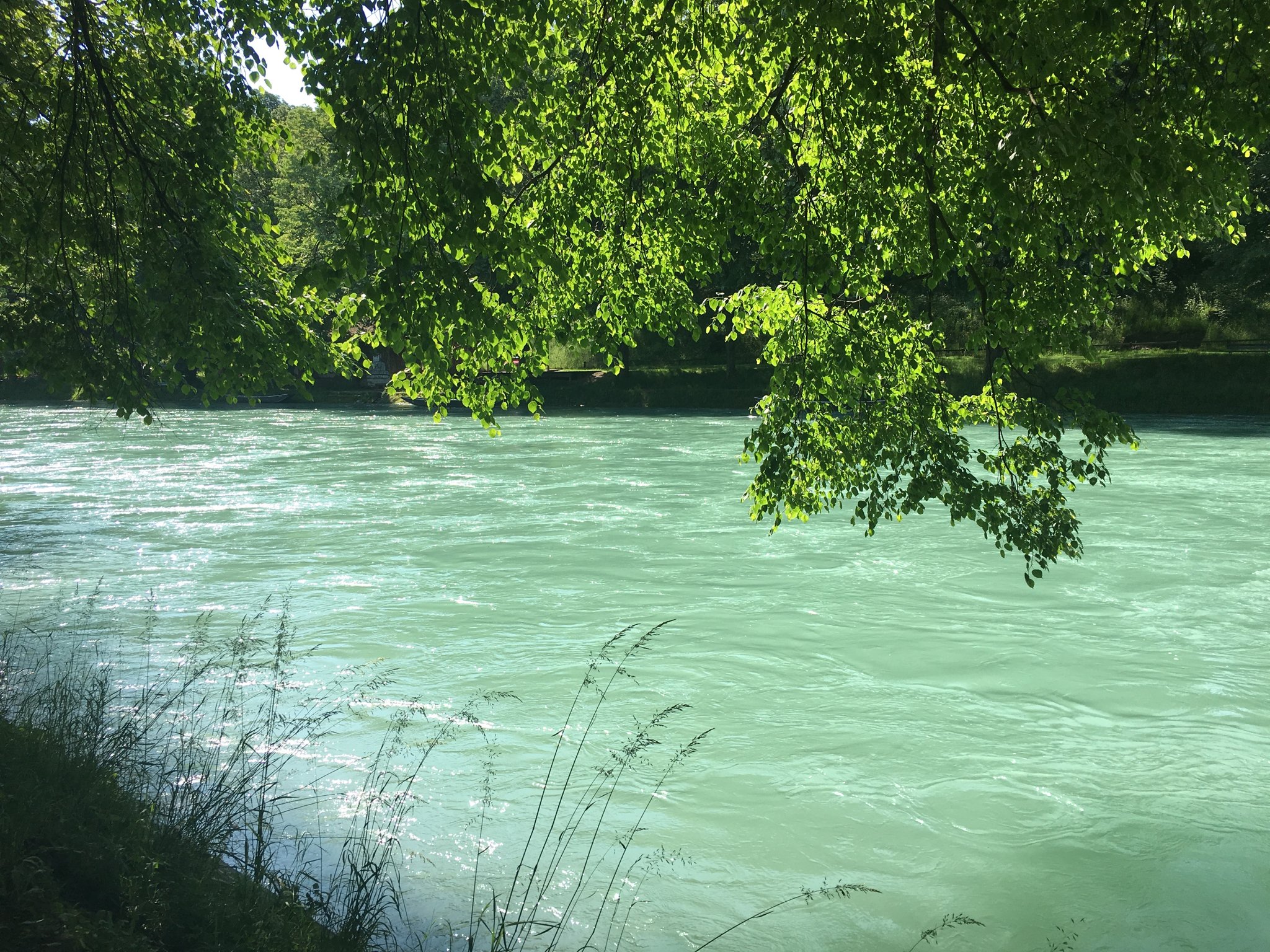 Bright red handrails lead down into the water every few hundred metres. In summer, locals and tourists alike take to the fast-flowing river, floating along beside the old city for a while before grabbing onto a red handrail to haul themselves out and walk back to where they started.

From Bern we caught a train up to the alpine village of Kandersteg so we could spend a day walking, boating and Rodelbahn-ing around the spectacular Oeschinensee. 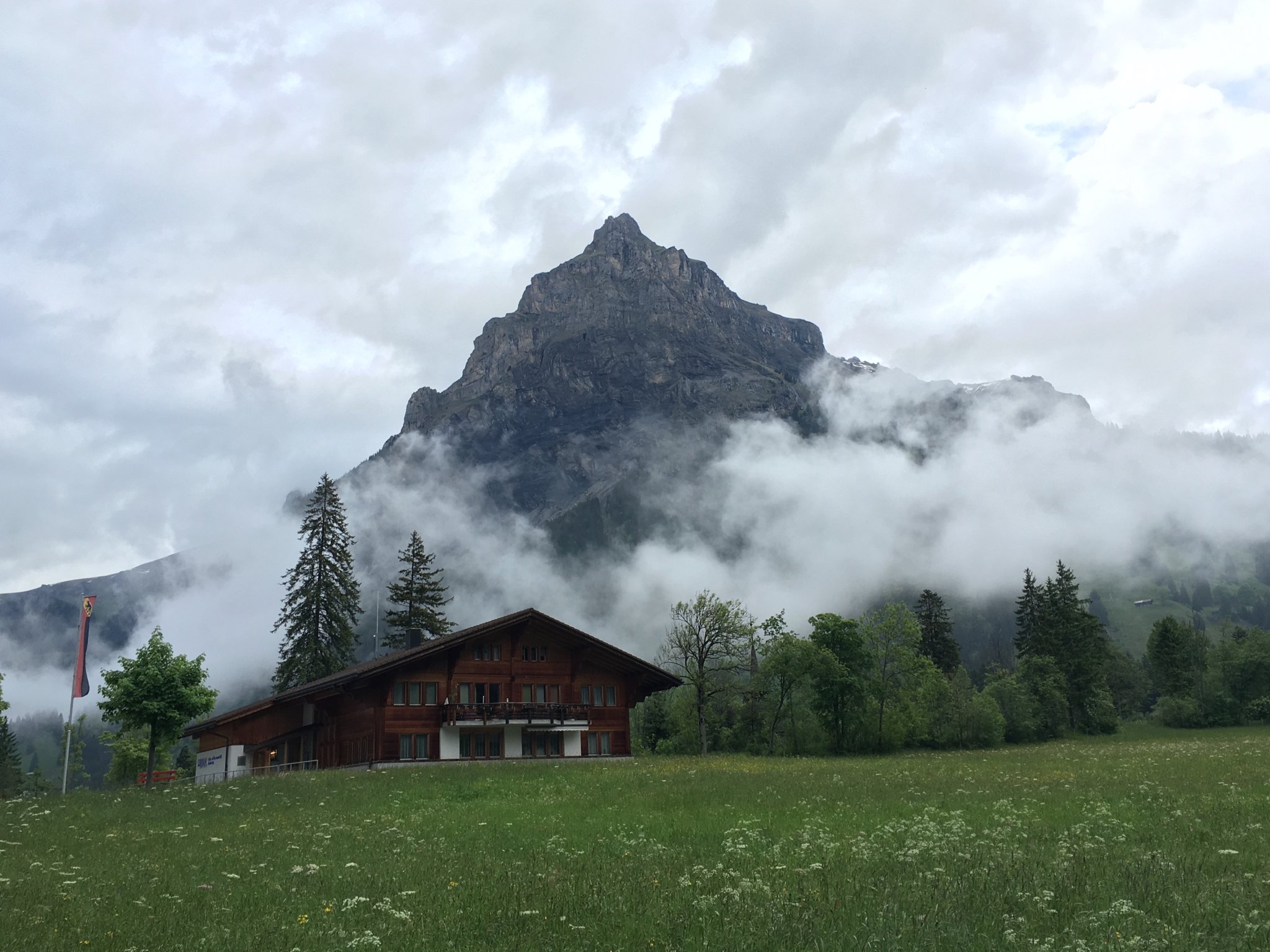 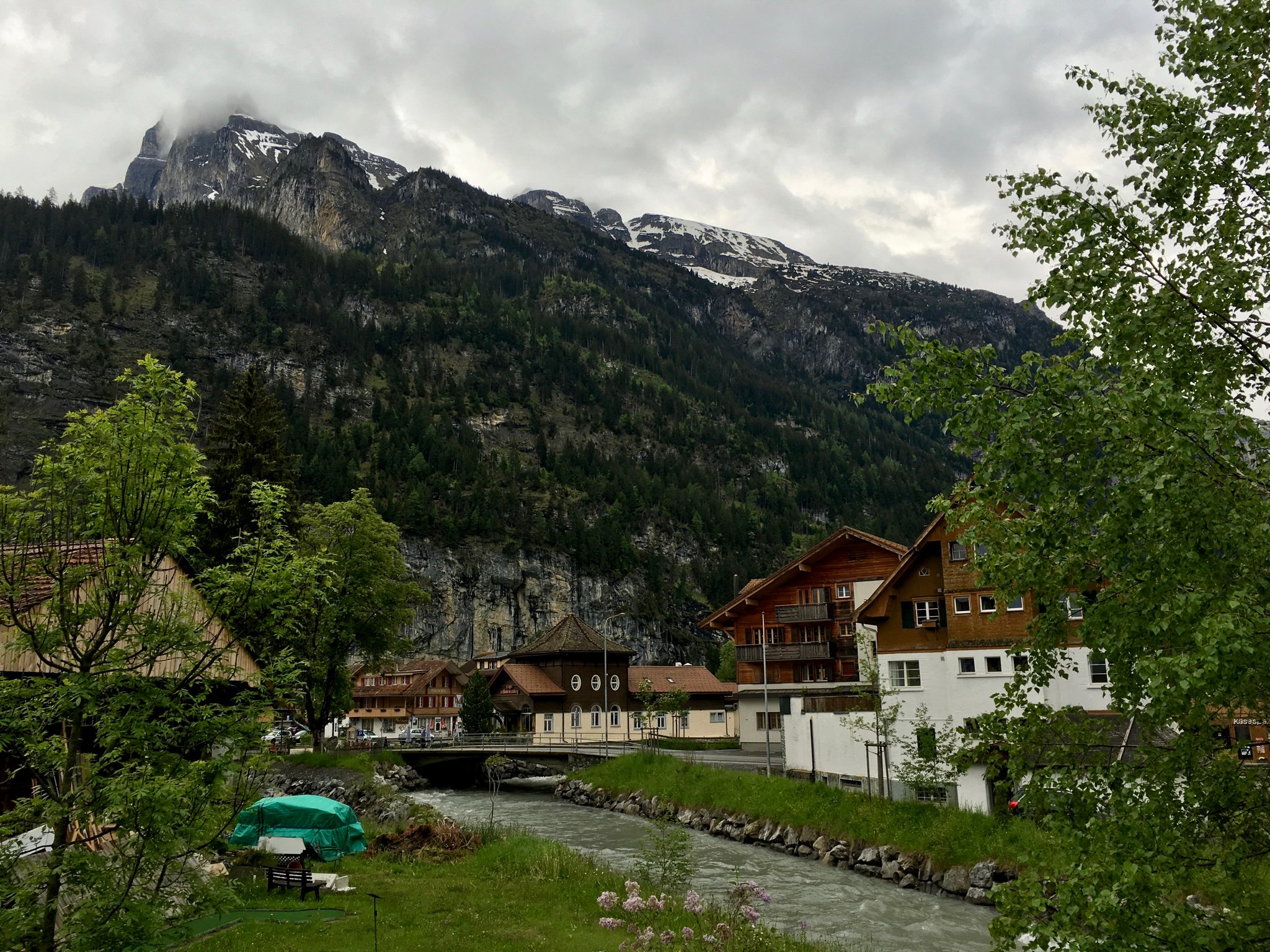 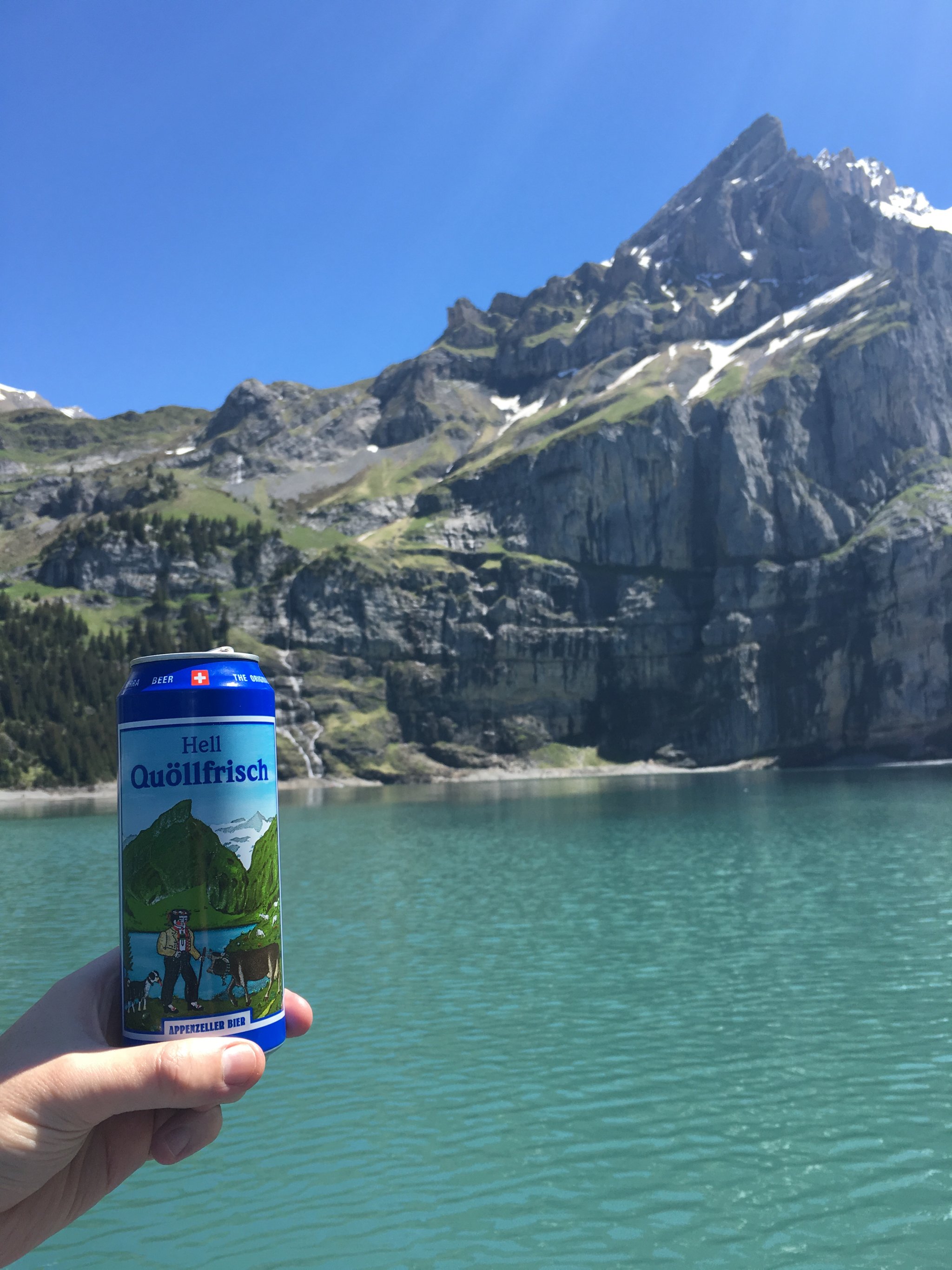 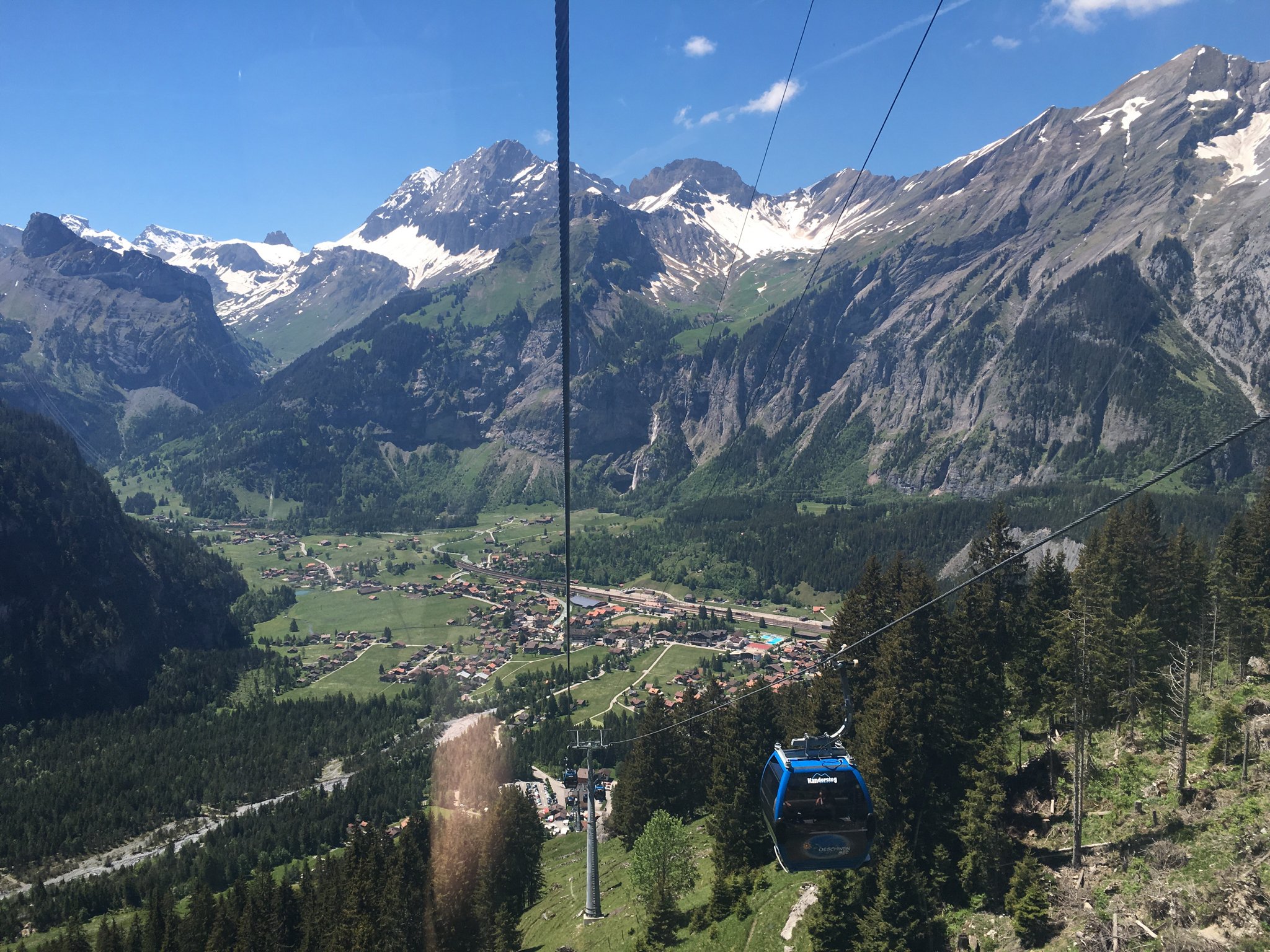 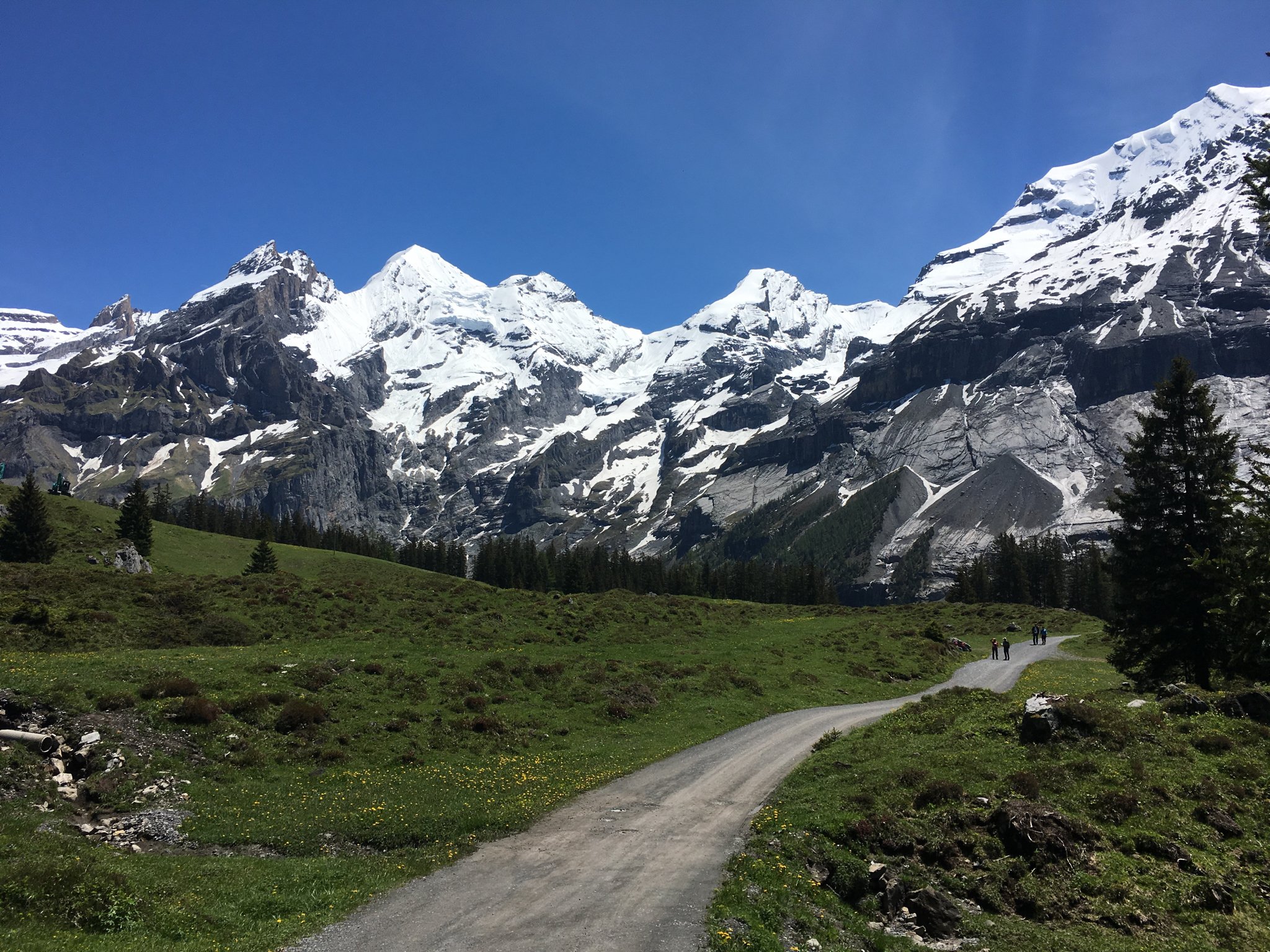 Our next leg took four separate scenic Swiss trains - one down the mountain from Kandersteg into Spiez, one along the edge of Thunersee to Interlaken, one back up into the mountains to Lauterbrunnen, and finally a cog railway up the side of the Lauterbrunnen Valley to the resort village of Wengen. 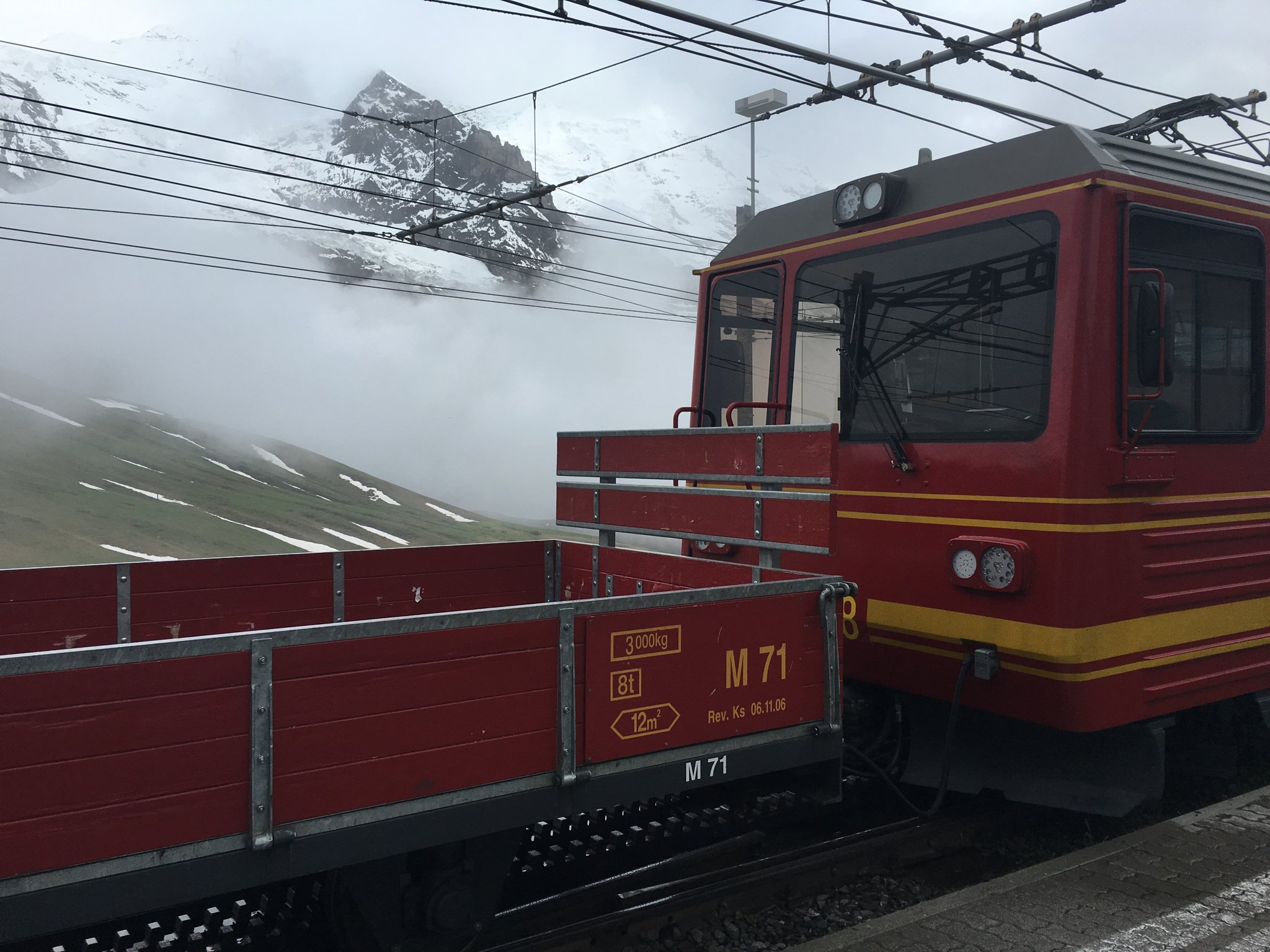 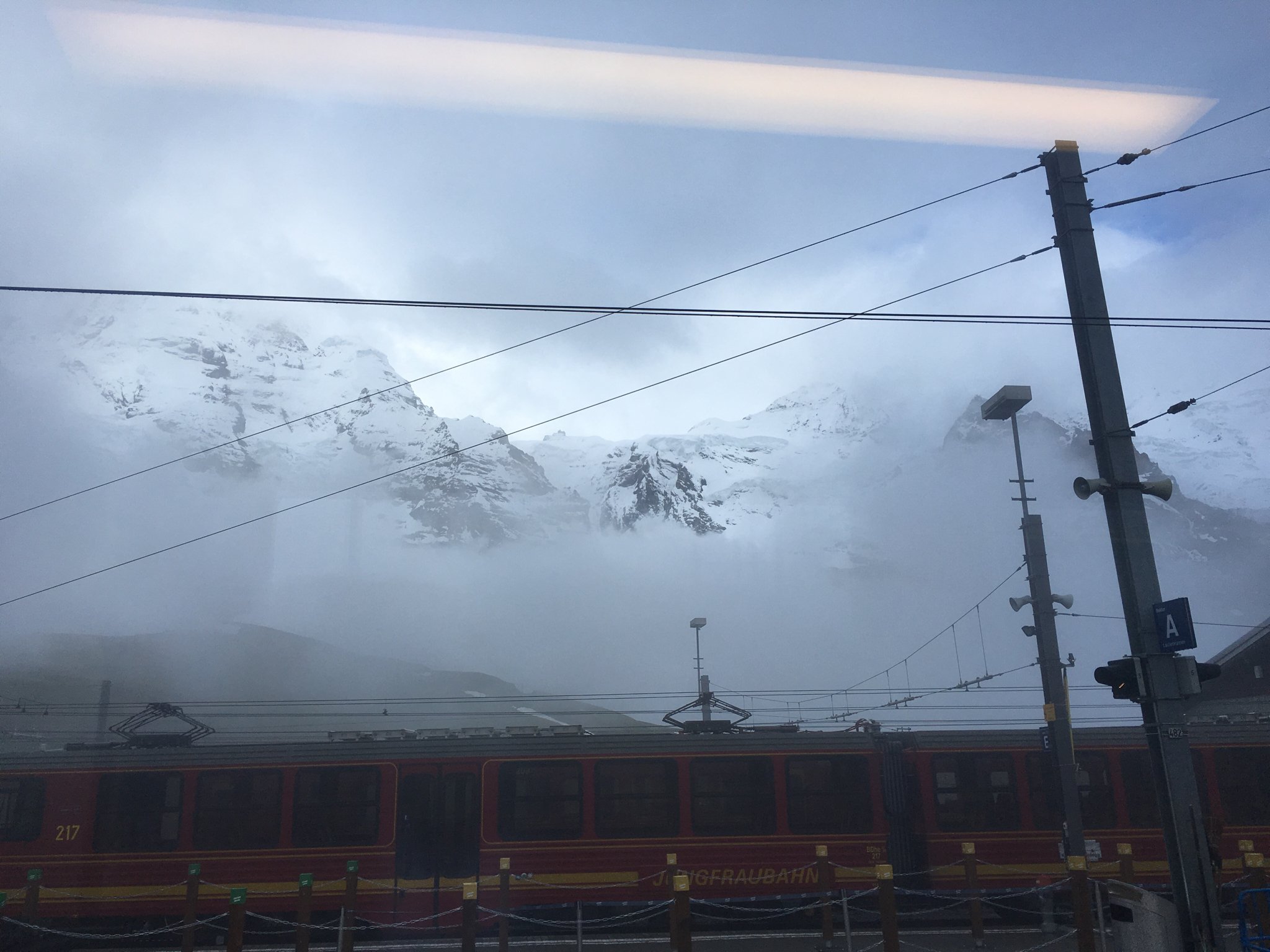 We spent a couple of days exploring the area. Directly above Wengen... 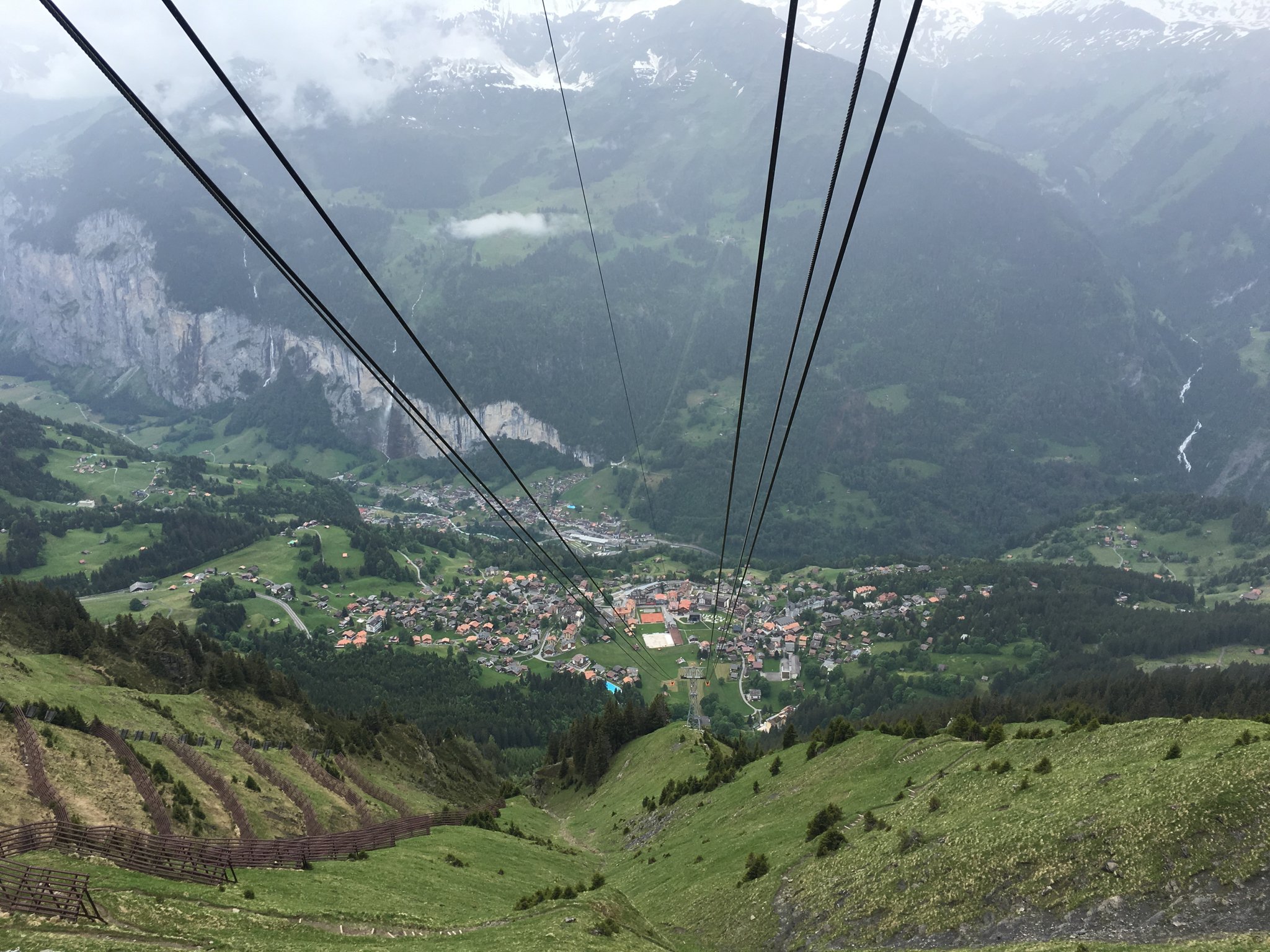 ...is the summit of the Männlichen. 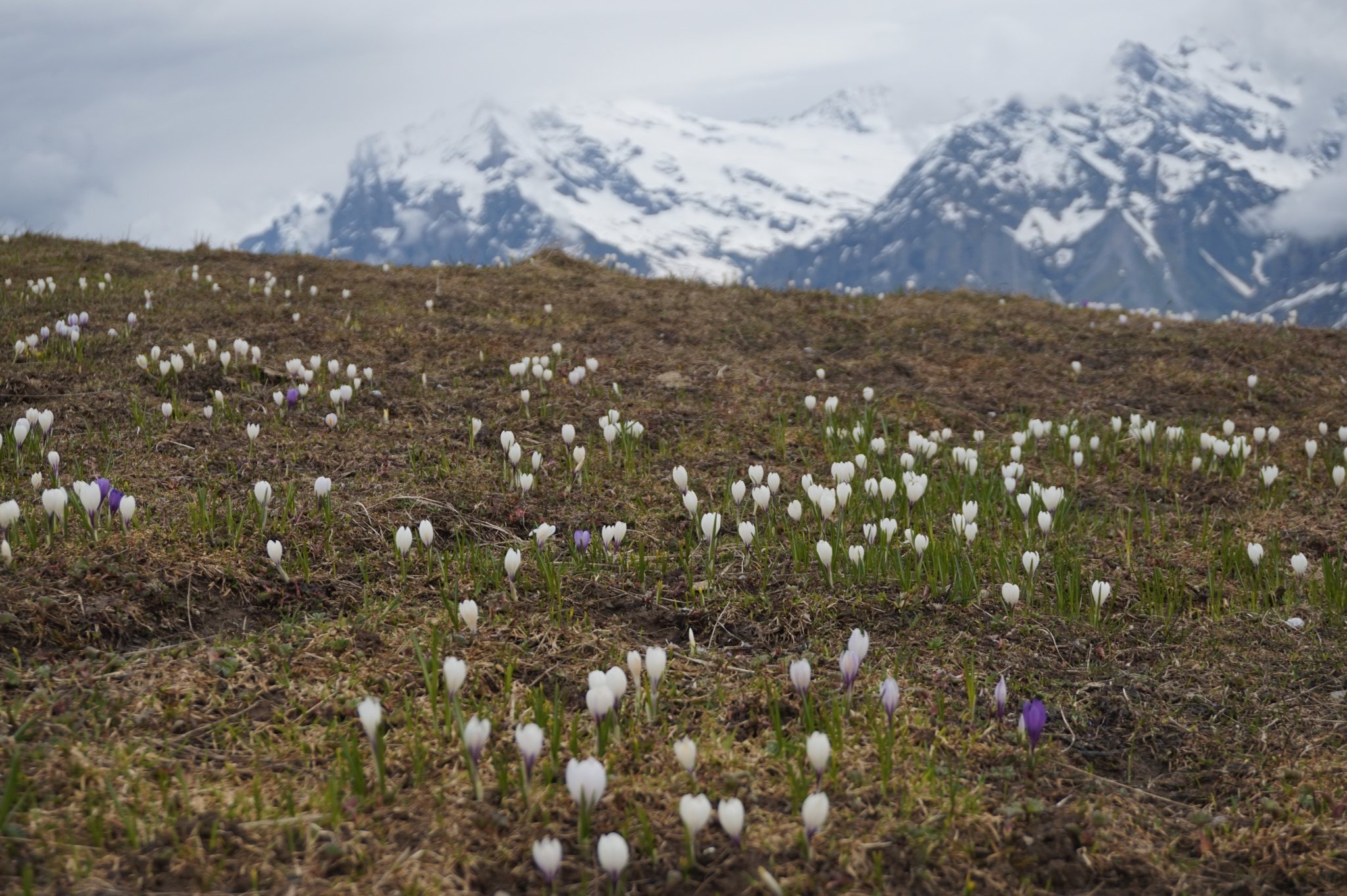 From there it's a scenic Gondelbahn ride over the mountain to Grindelwald, where we descended Grindelwald First by trotti bike before catching a cog train back past the base of Jungfrau to Wengen and our balcony with these views: 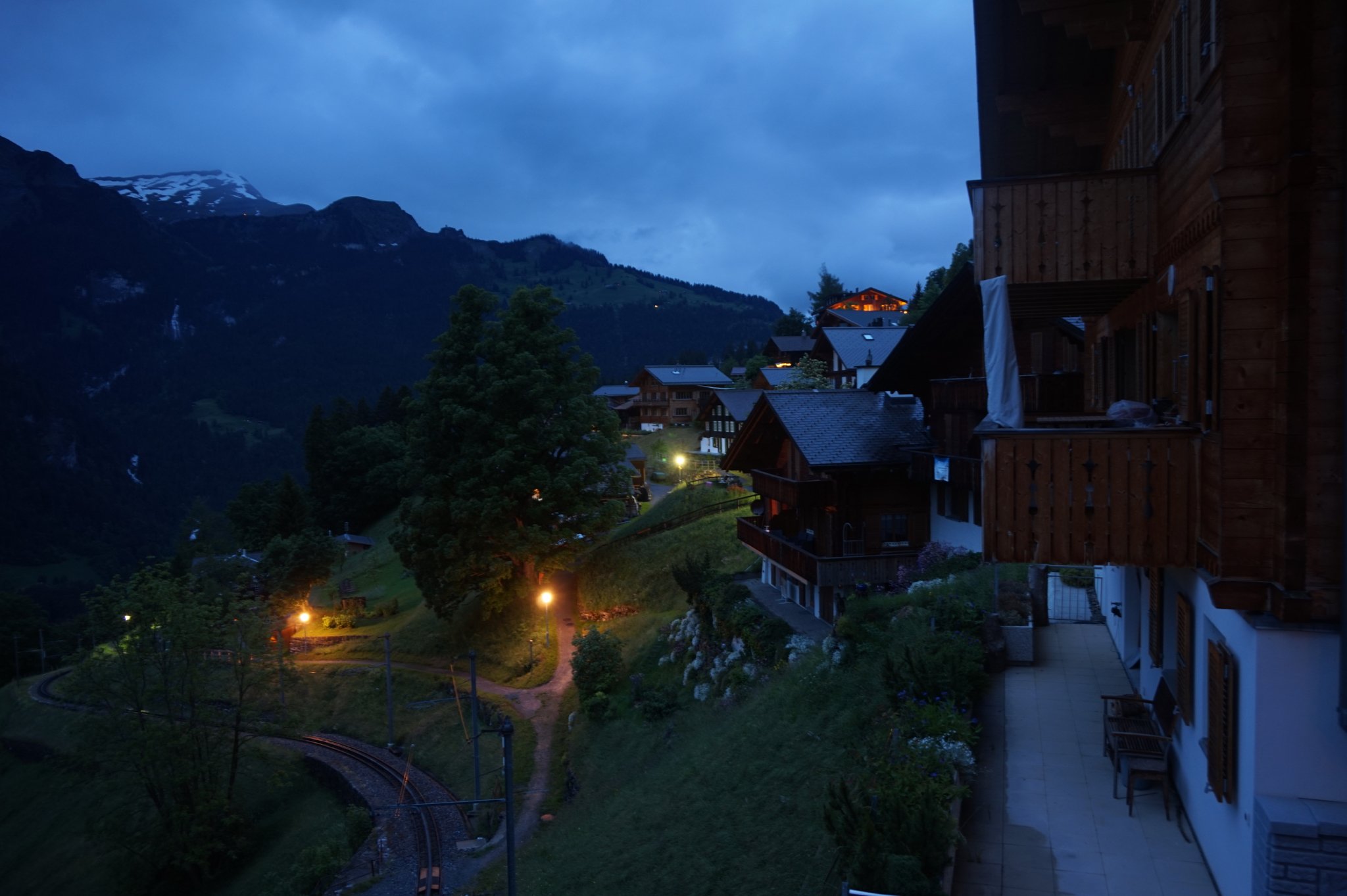 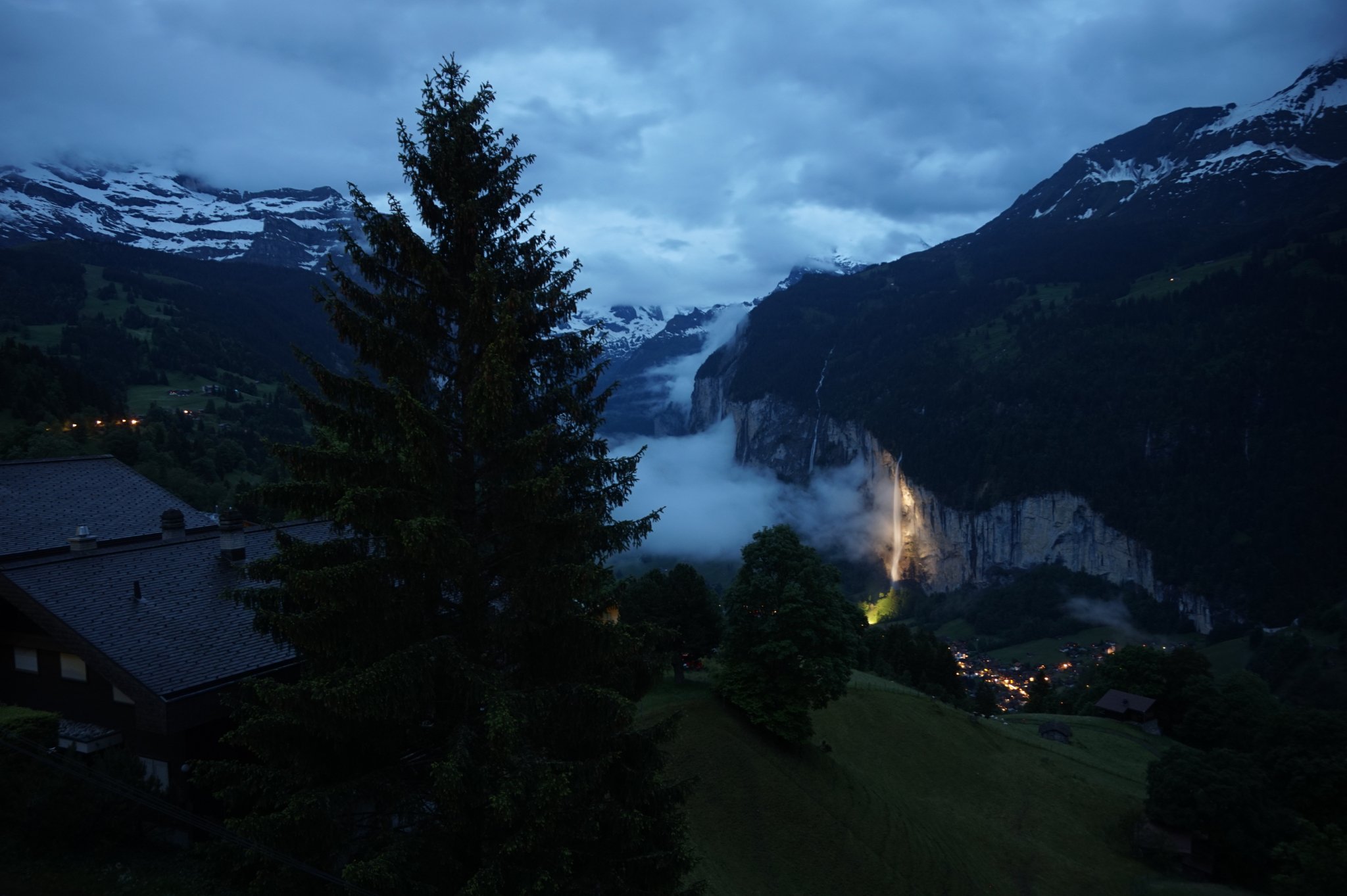 With our week in Switzerland over, we caught a final few trains to our next destination: the Italian lakes.