Our plans for a lazy Vanuatu resort holiday evaporated the moment we discovered that the island of Tanna is home to one of the world's most accessible active volcanoes.

After an early flight from Port Vila, we wandered out of Tanna's tiny Whitegrass airport, jumped into a 4WD and headed off on a bumpy ride across the central highlands towards Mt Yasur. 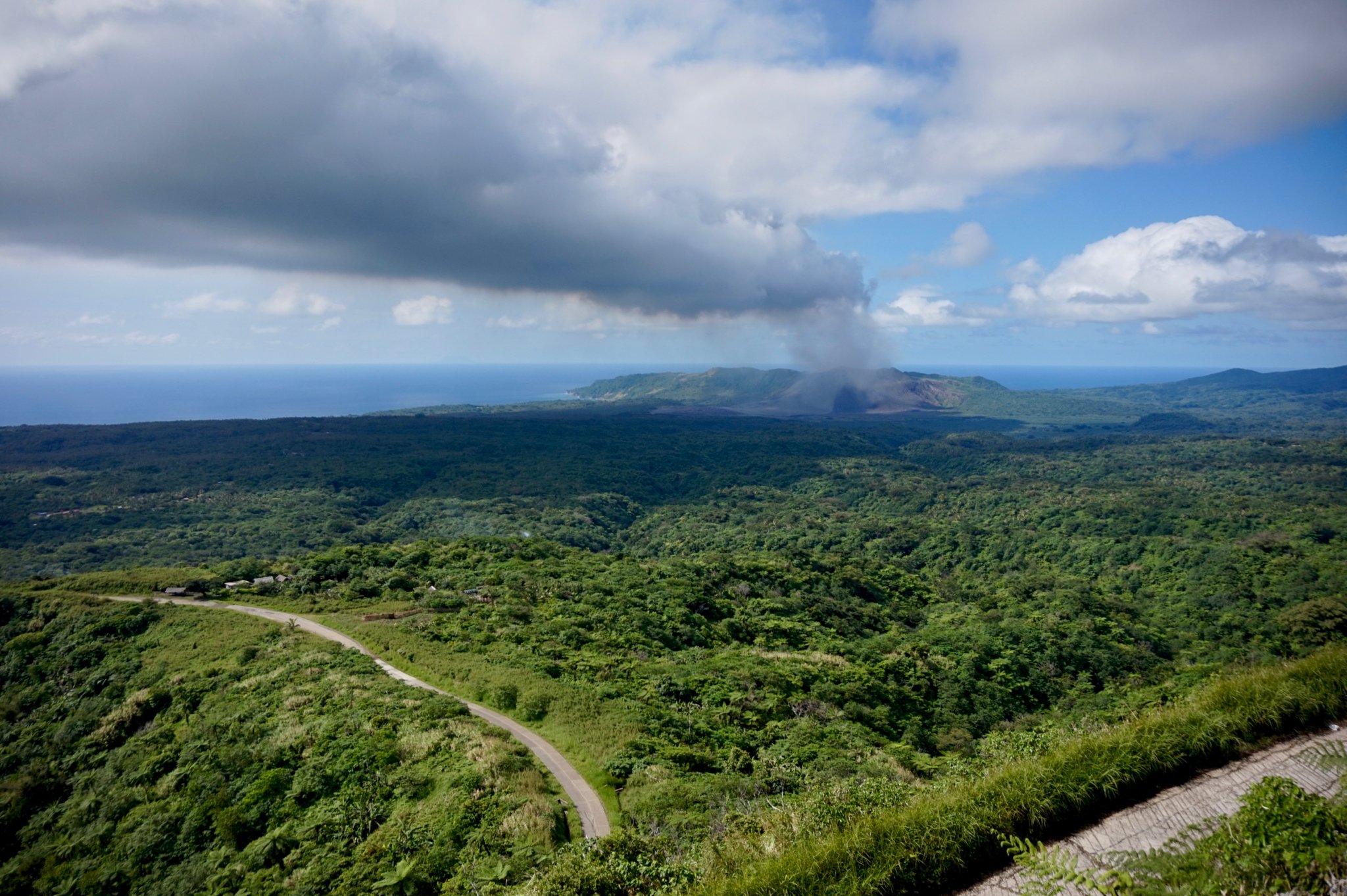 As we got closer to Yasur, the rough track through the jungle suddenly gave way to the ash plain. 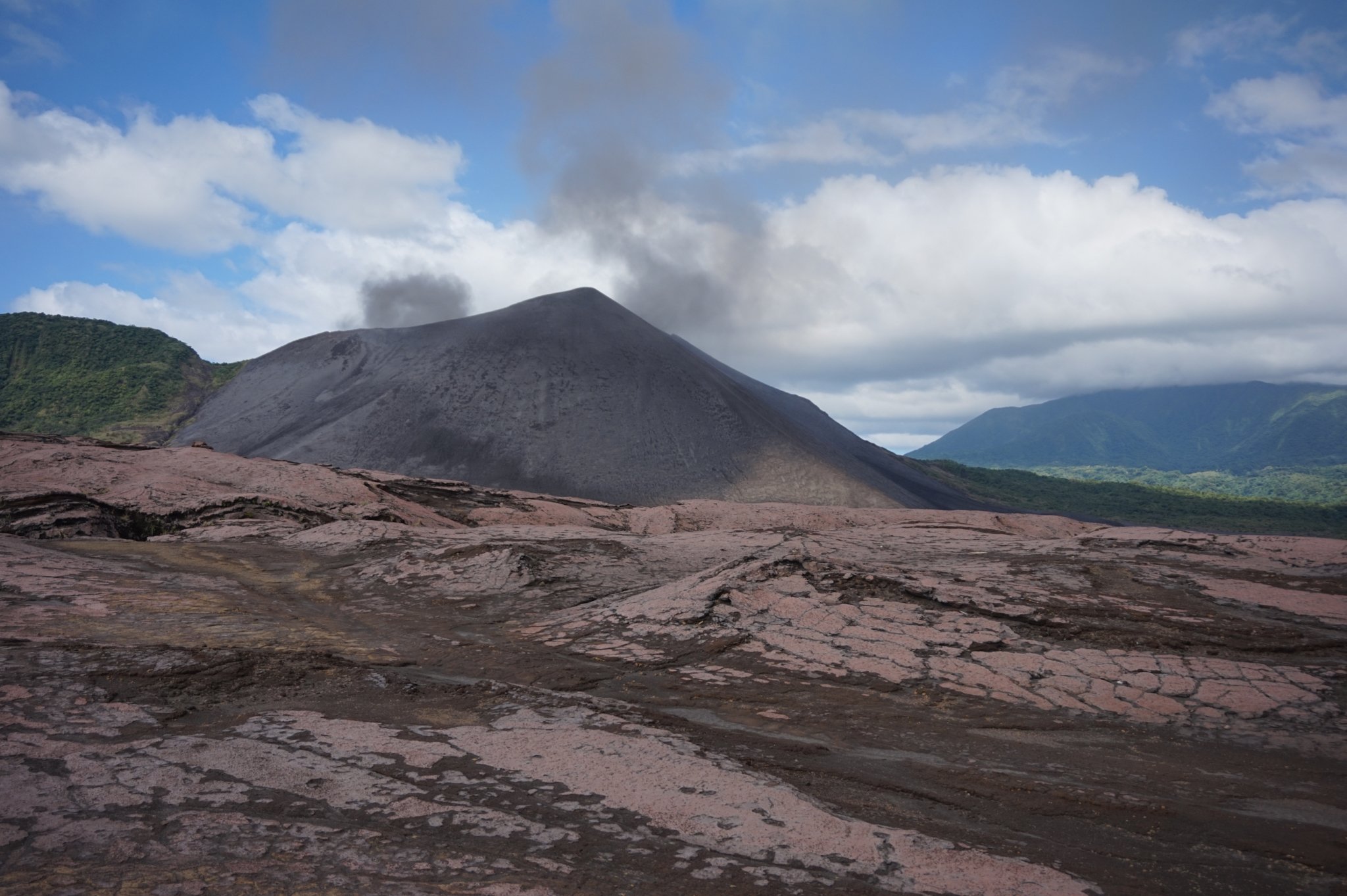 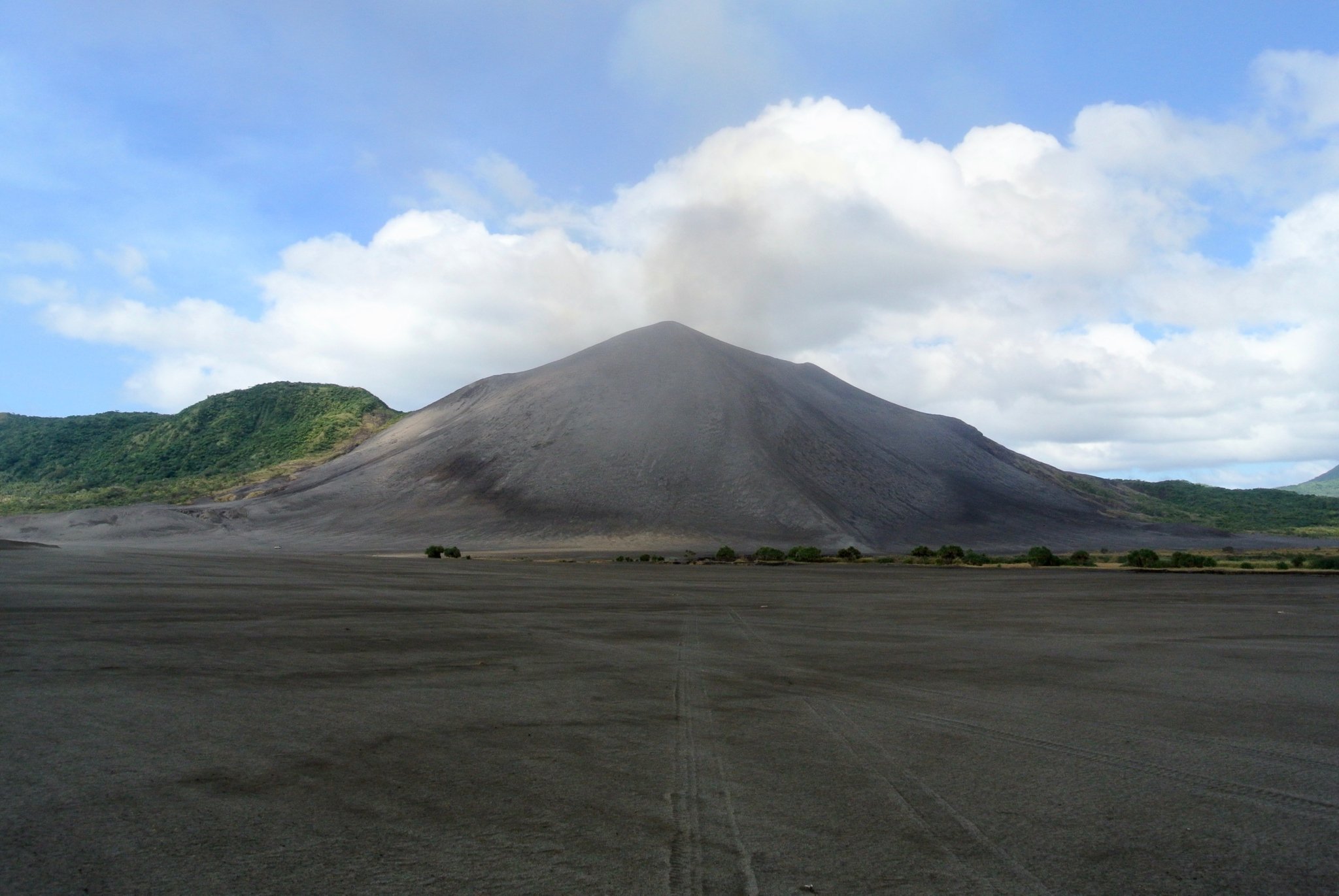 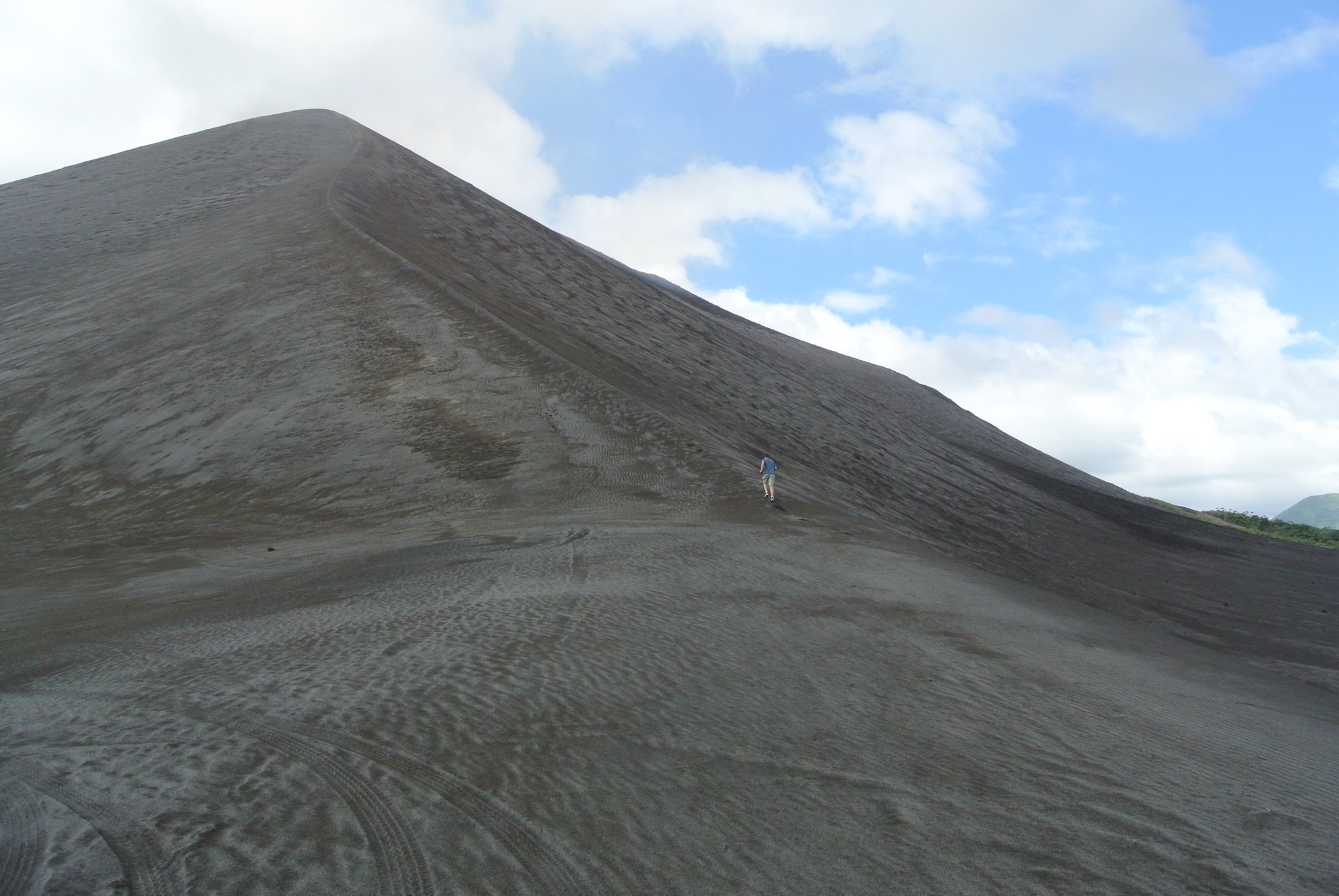 We spent lunch at Port Resolution (there's no port — just a postcard-perfect bay surrounded by palm-lined beaches & a couple of villages), where we hiked to some volcanic steam vents, cooked corn & plantains in hot springs on the beach, watched local fisherman fan out across the bay in canoes, and were treated to a home-grown, home-cooked vegetarian feast at Chez Leah. 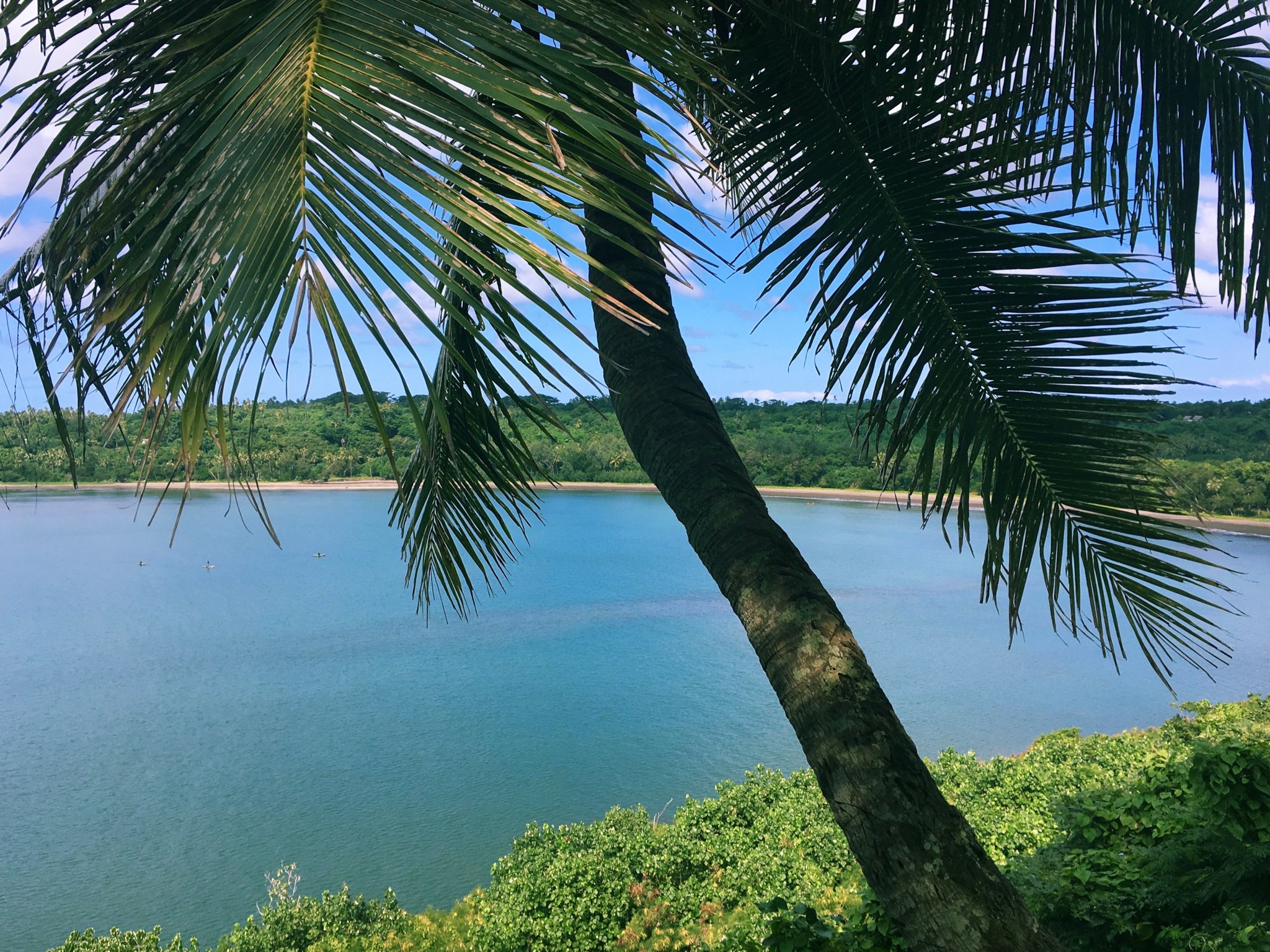 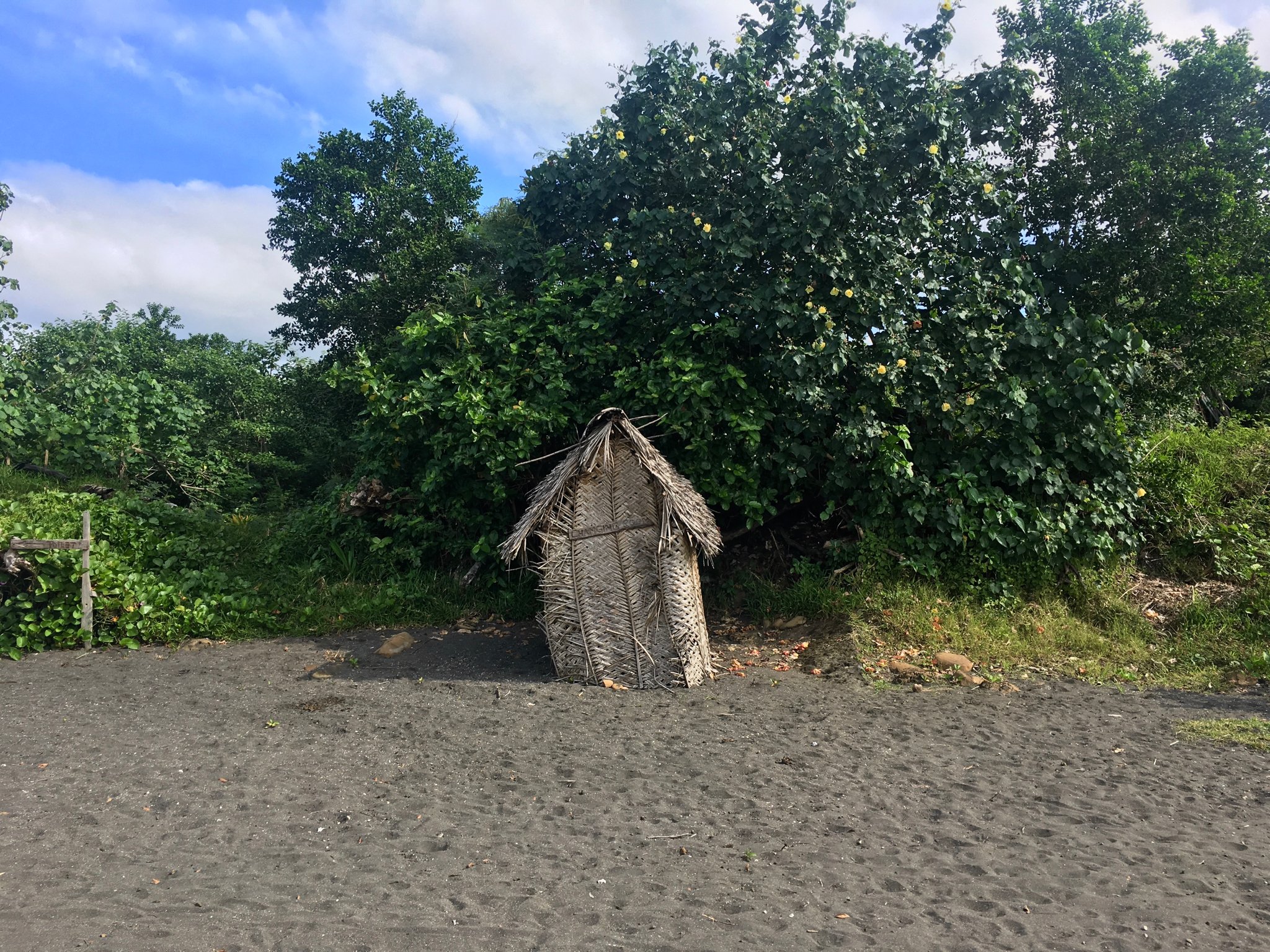 Then, with fingers crossed that the rain would hold off, it was back to Mt Yasur just in time for the main event — watching the sun set from on the rim of an active, erupting volcano. 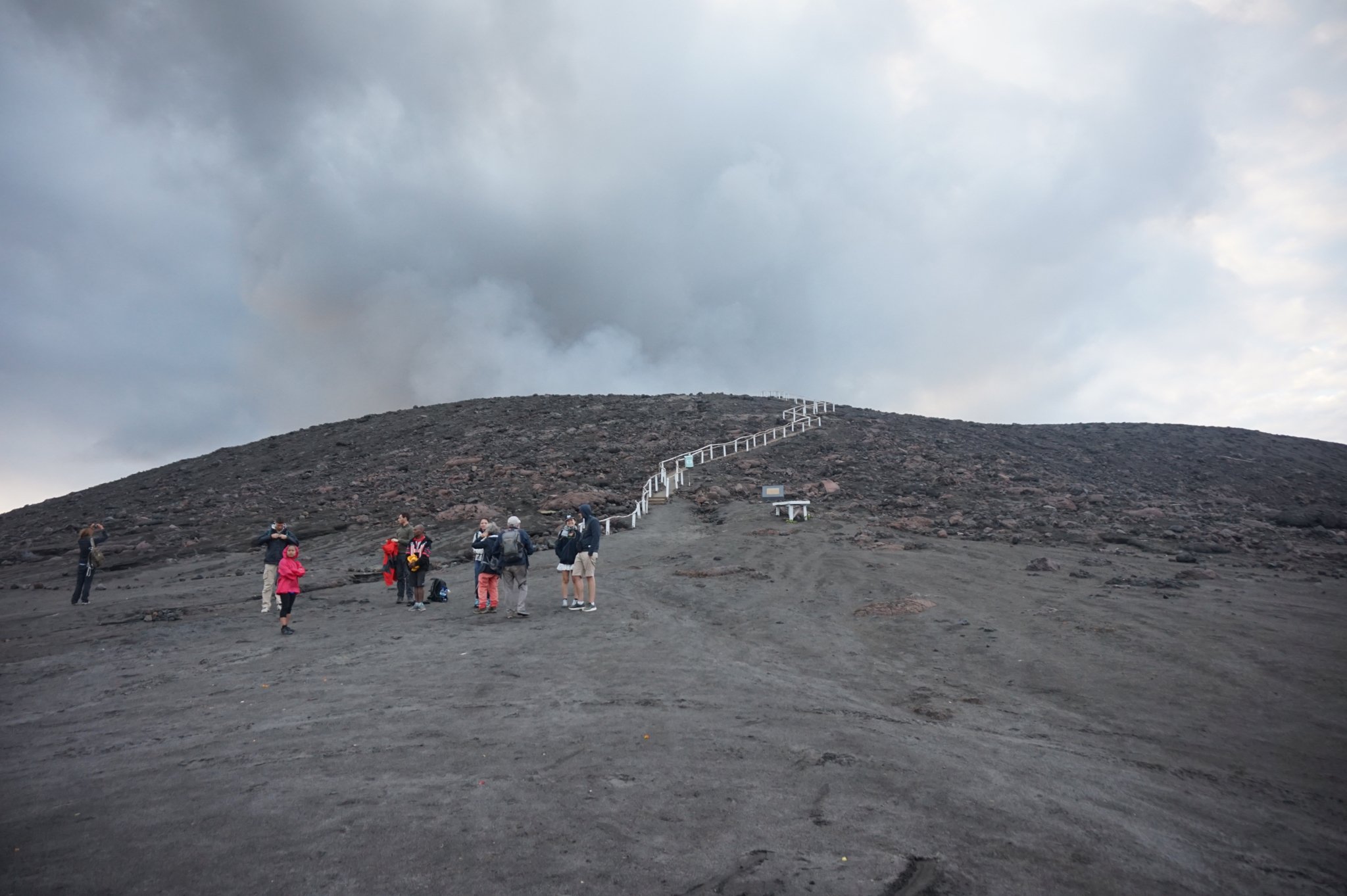 The regular eruptions sent lumps of lava flying up above us, the distance making it seem as if they were traveling in slow motion, before they thudded back into the crater's ashy, rocky inner slopes. 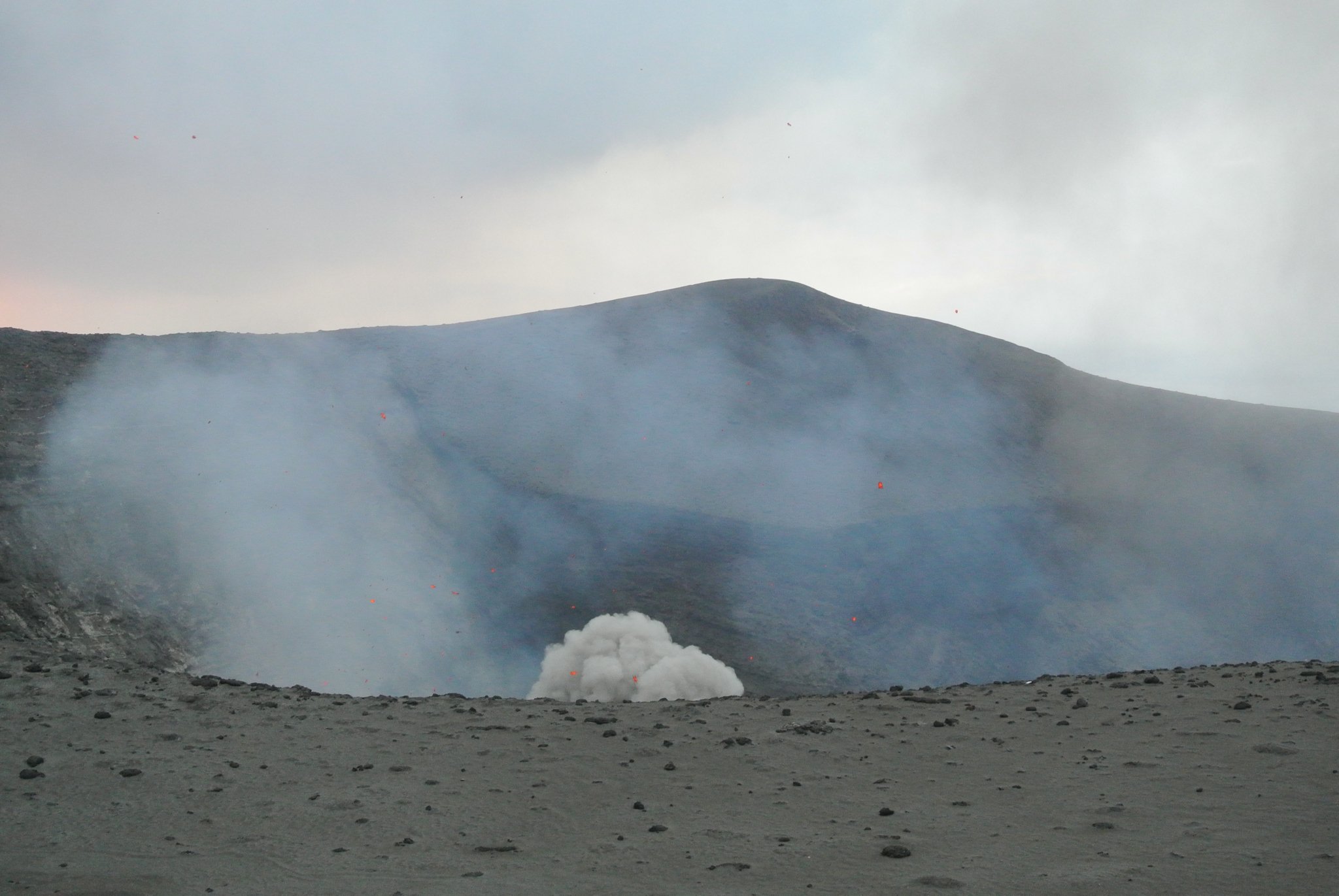 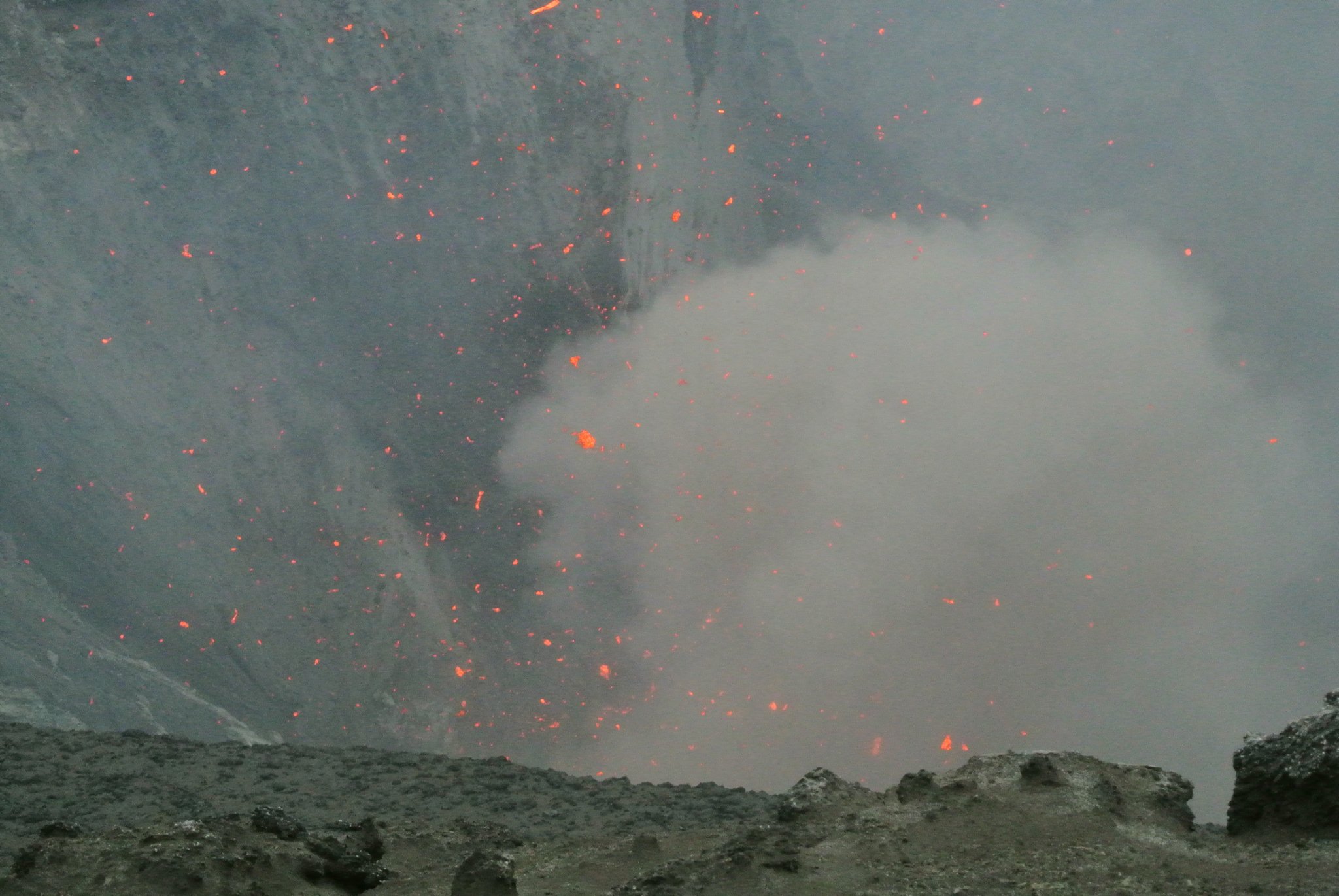 As the sun went down the show got even better. 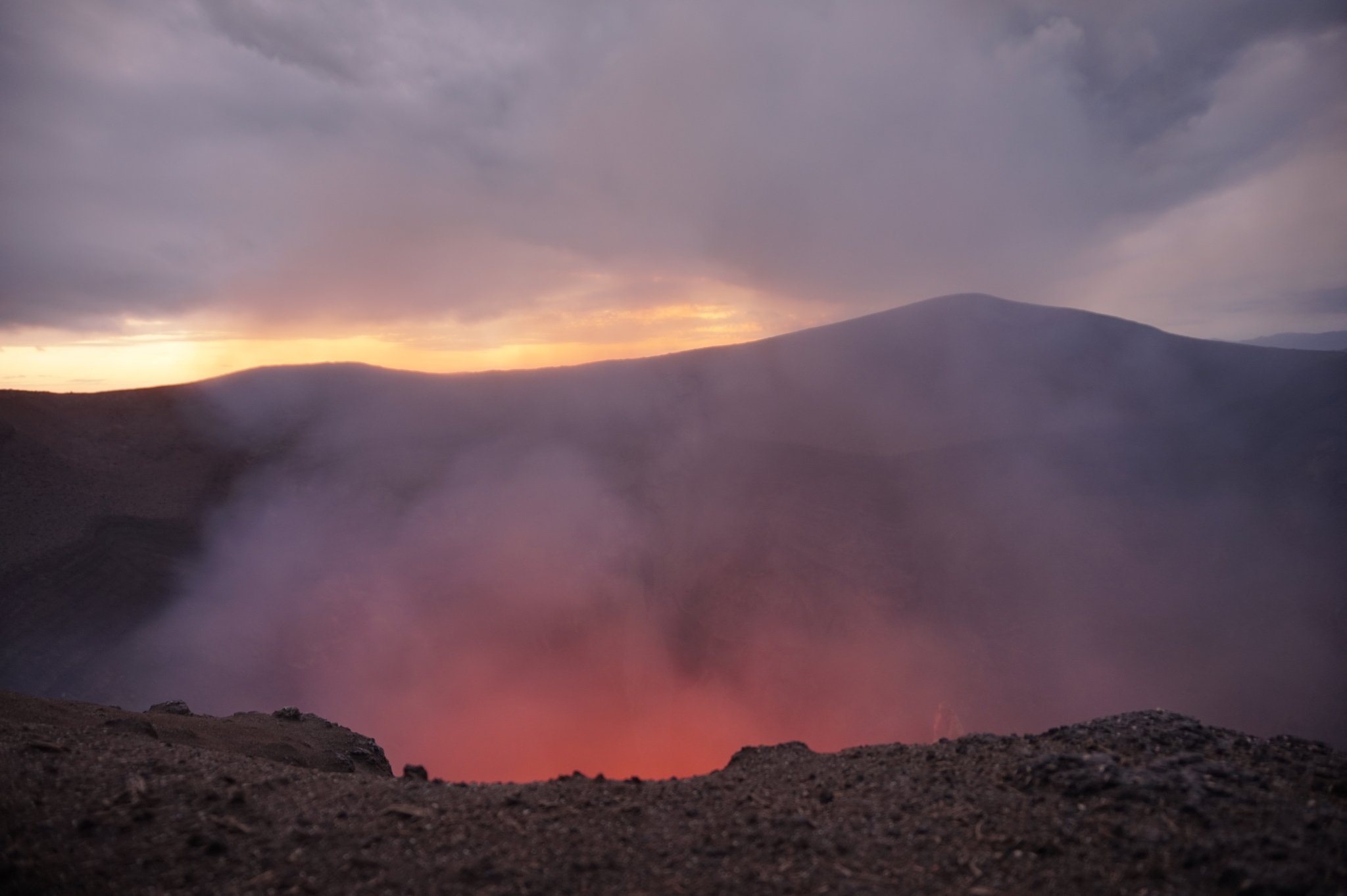 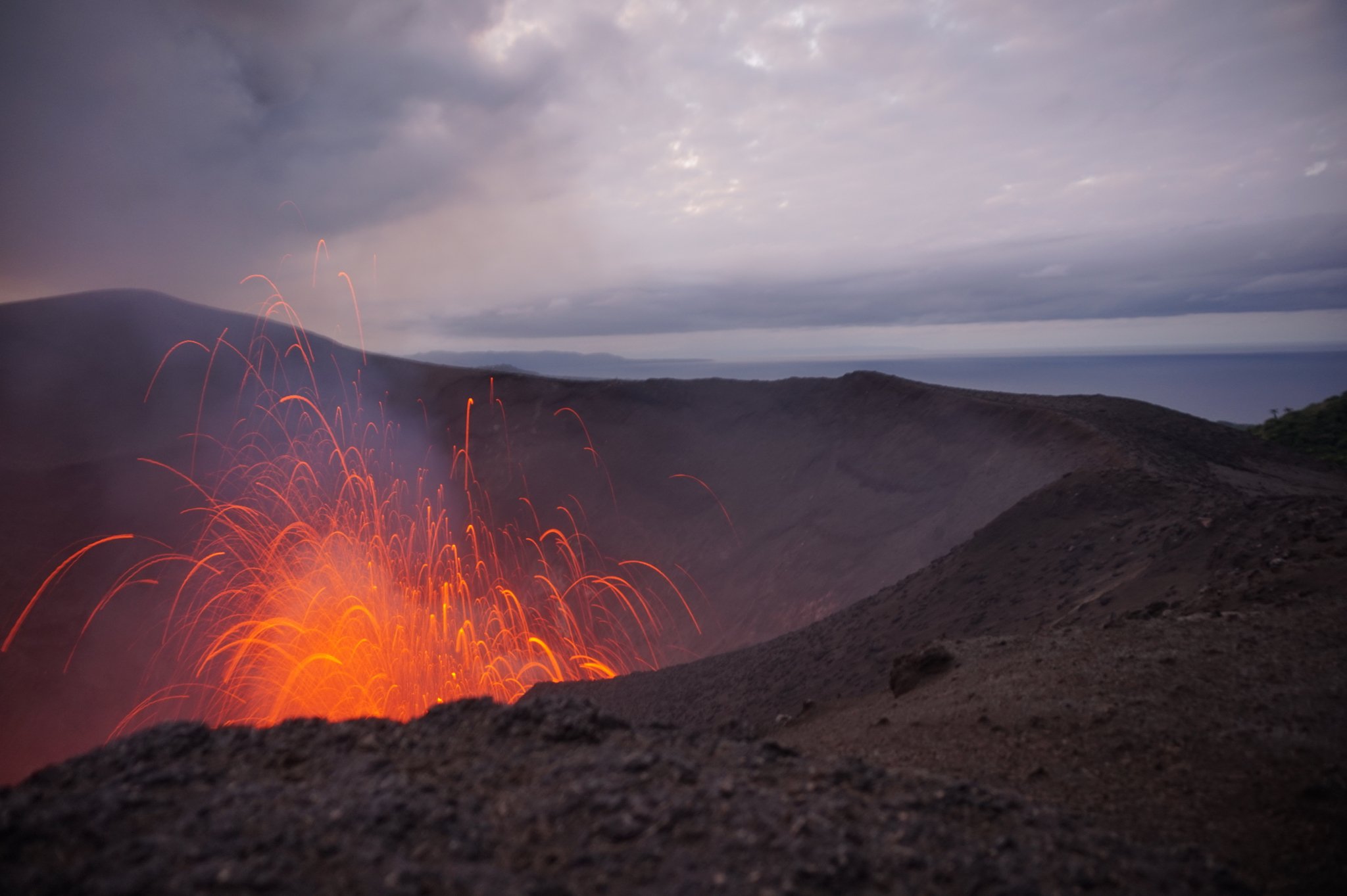 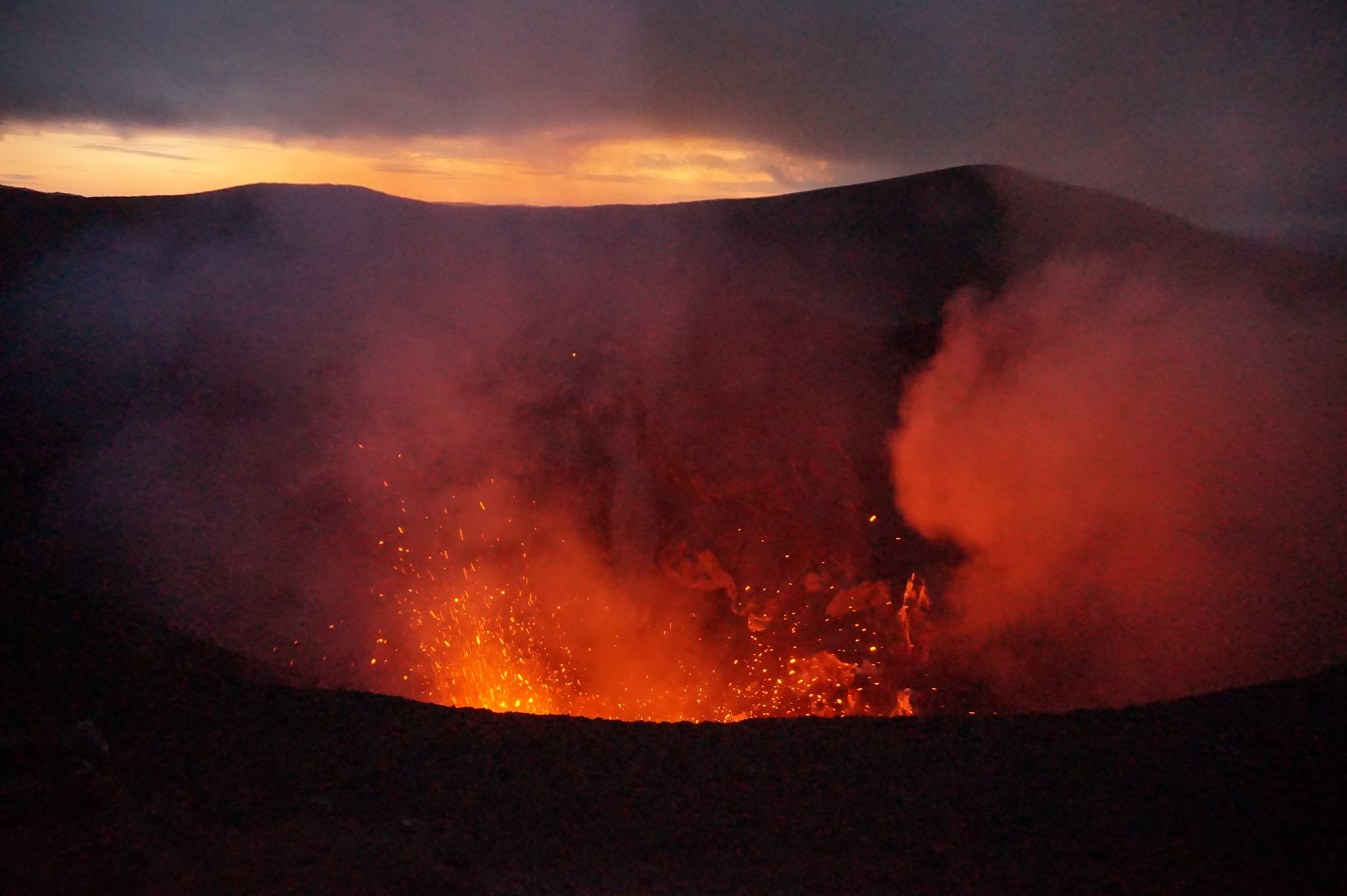 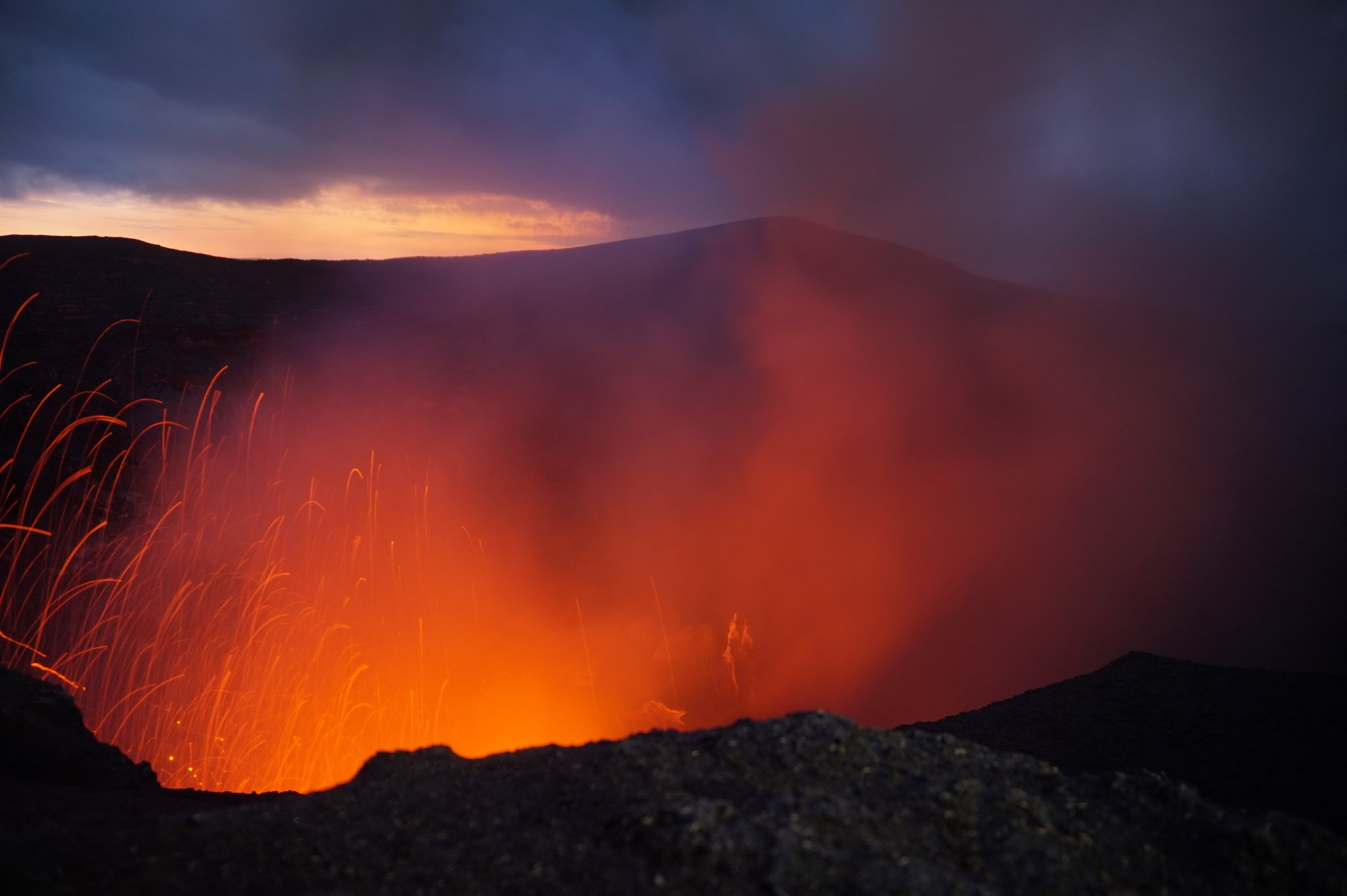 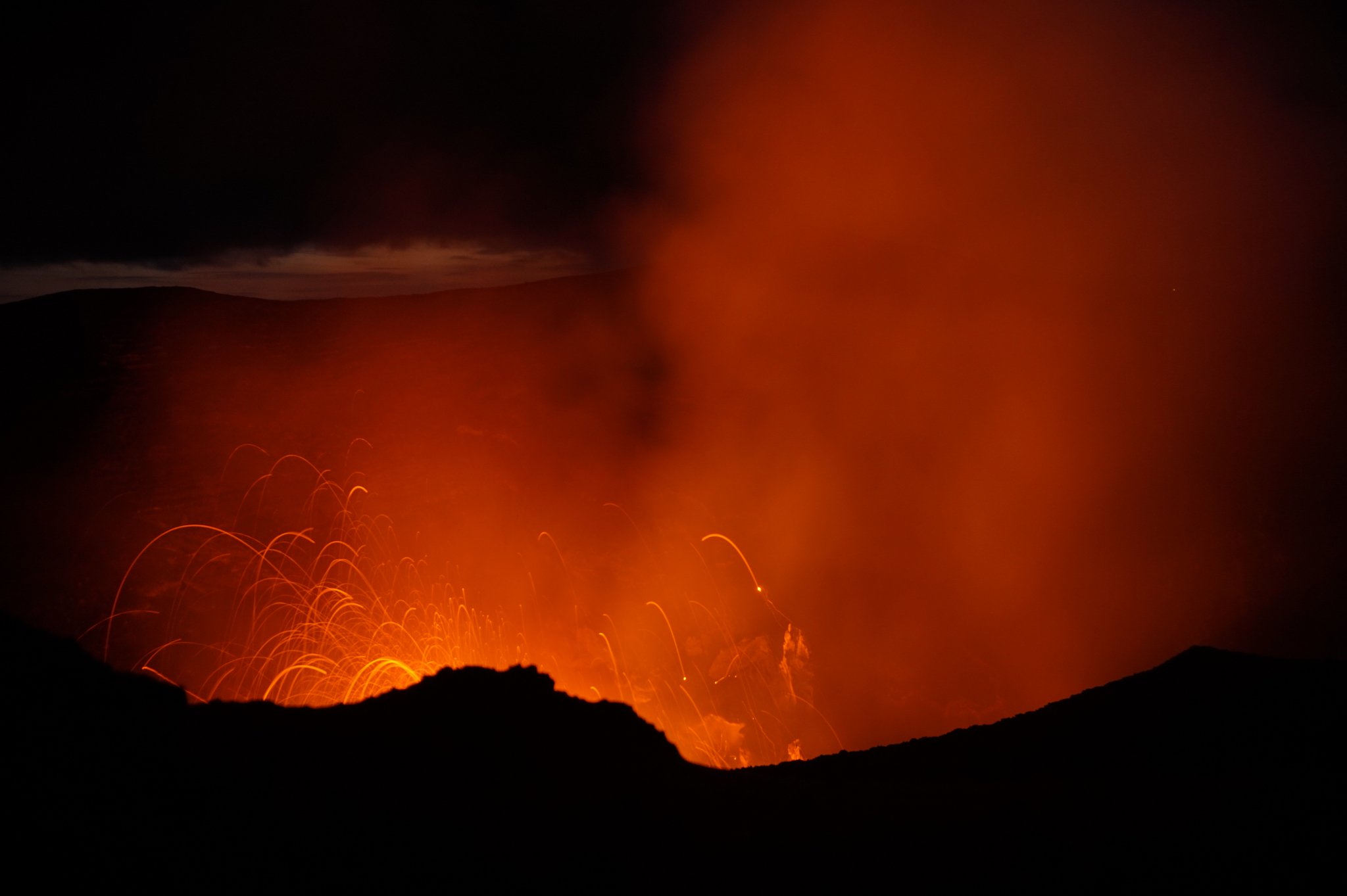 We stayed in a family-run bungalow in a village in Tanna's central highlands. The view looking out over a jungle valley towards the ocean & Mt Yasur was pretty special. 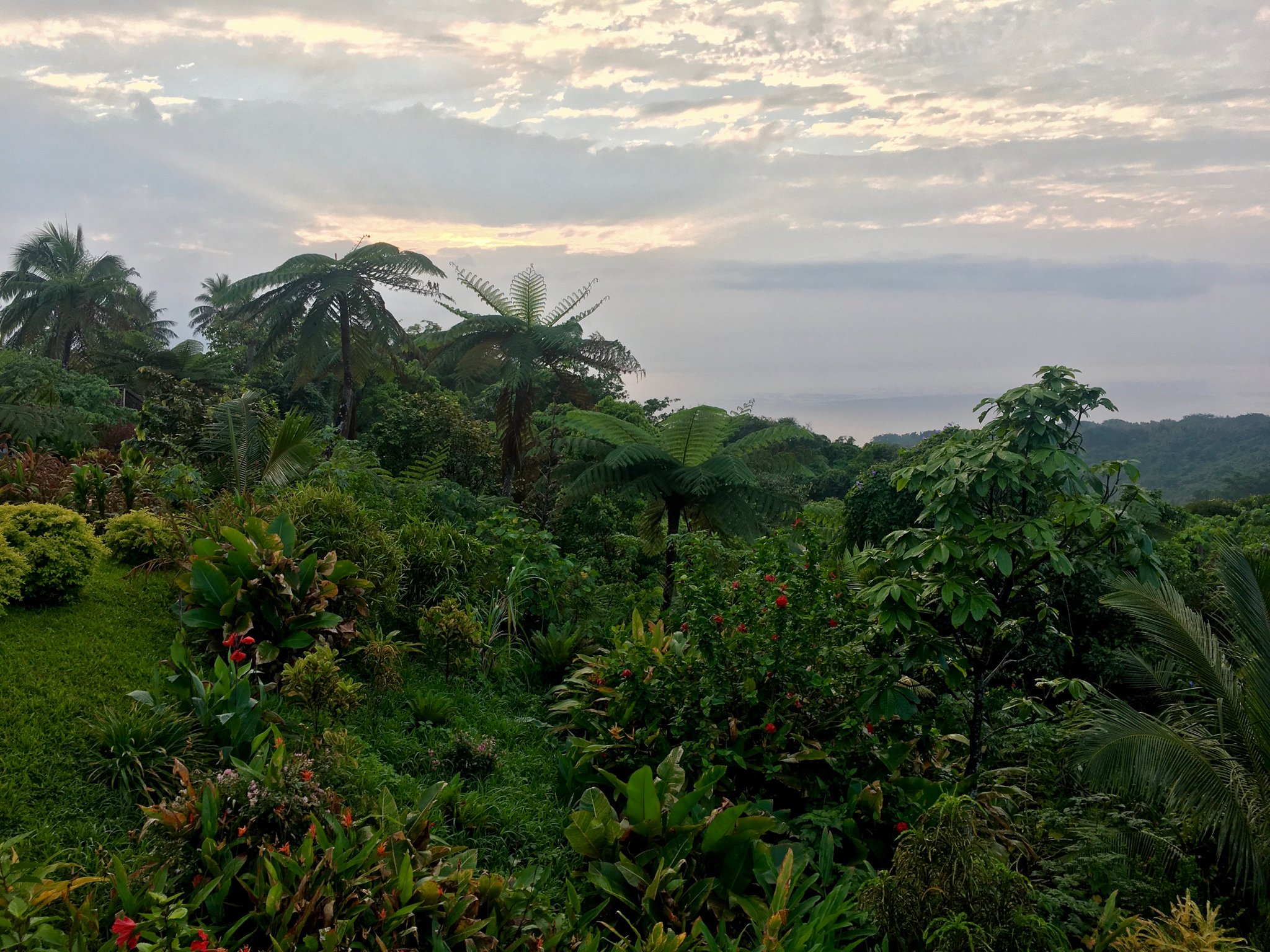 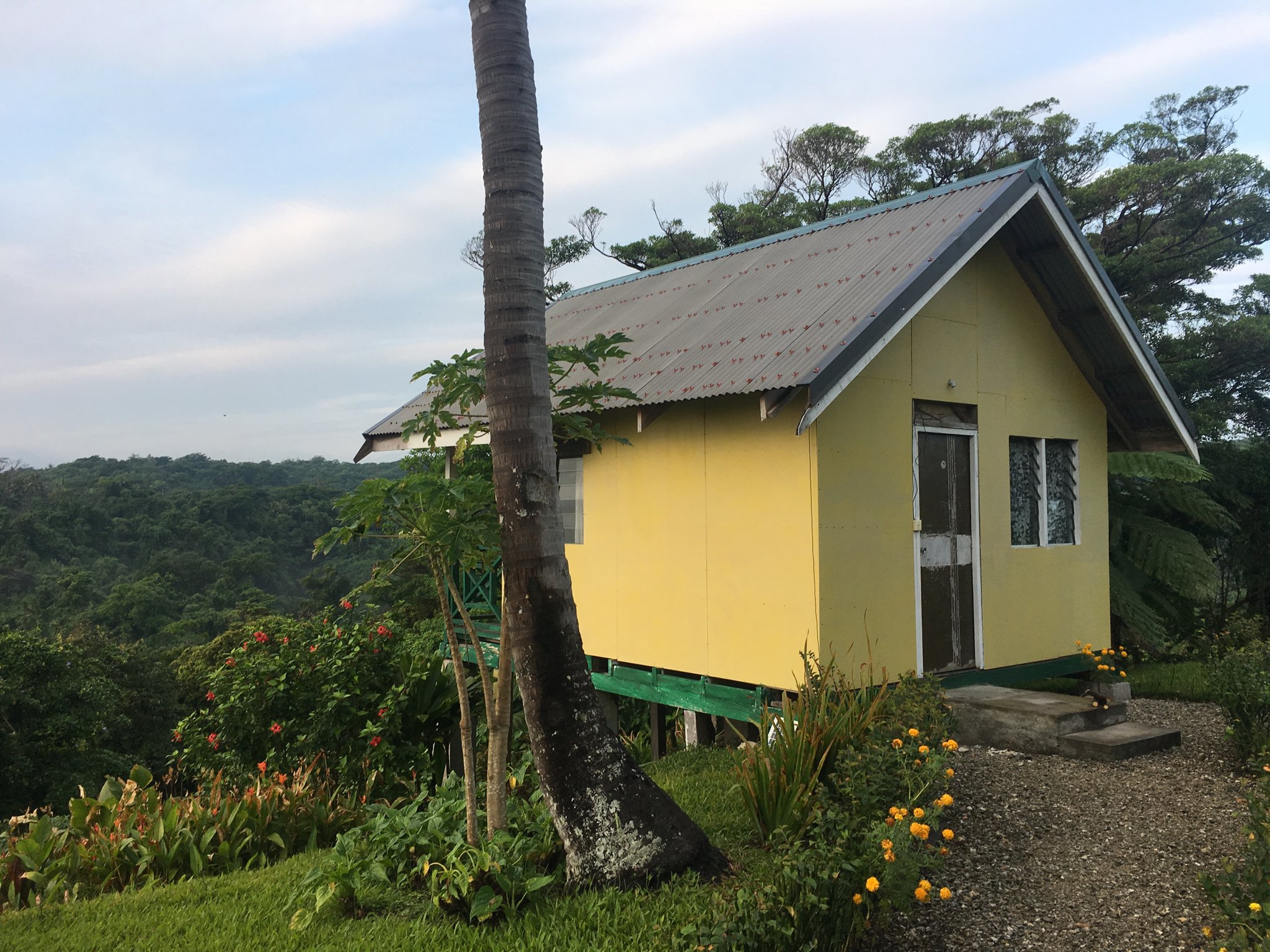 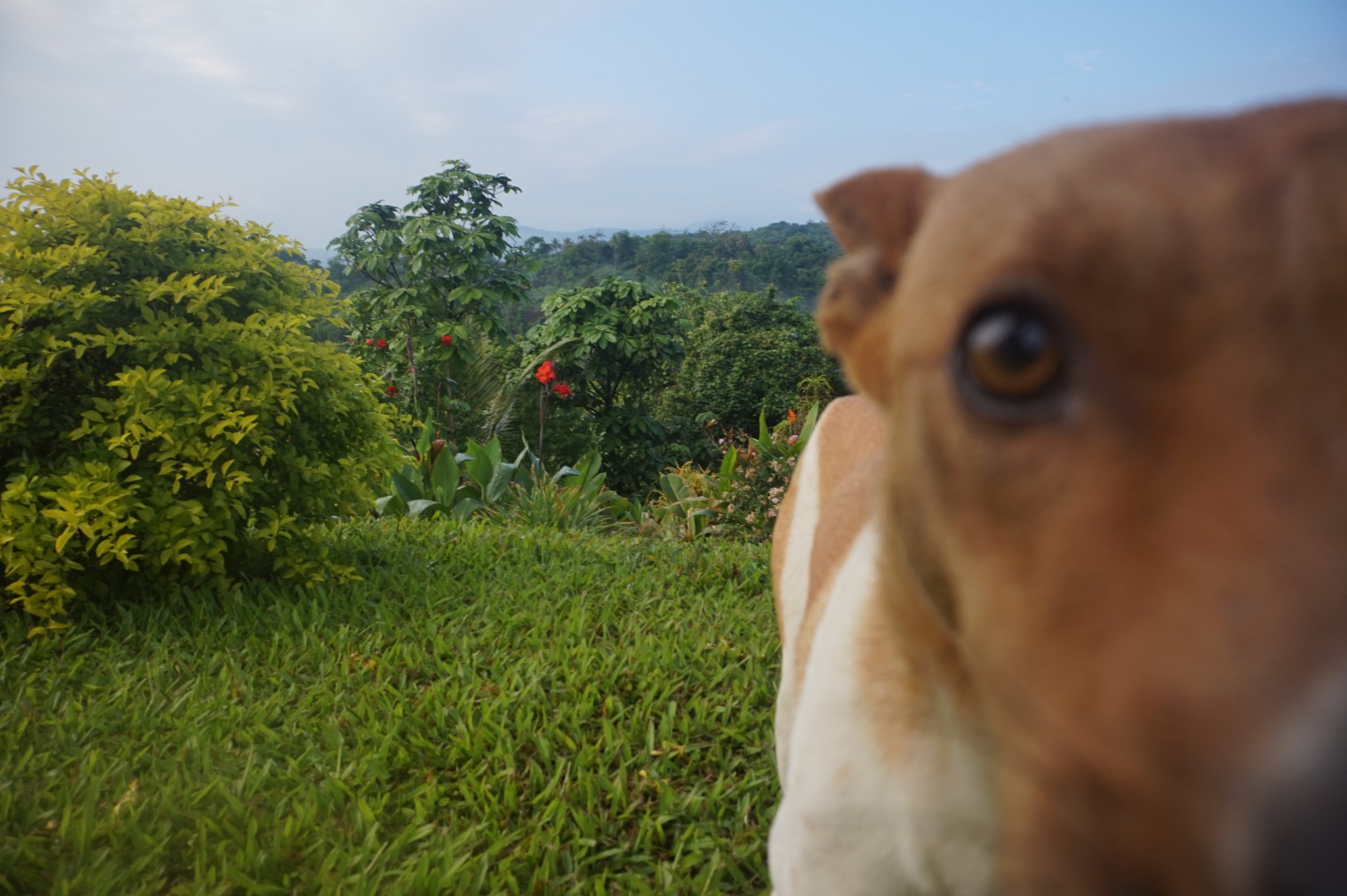 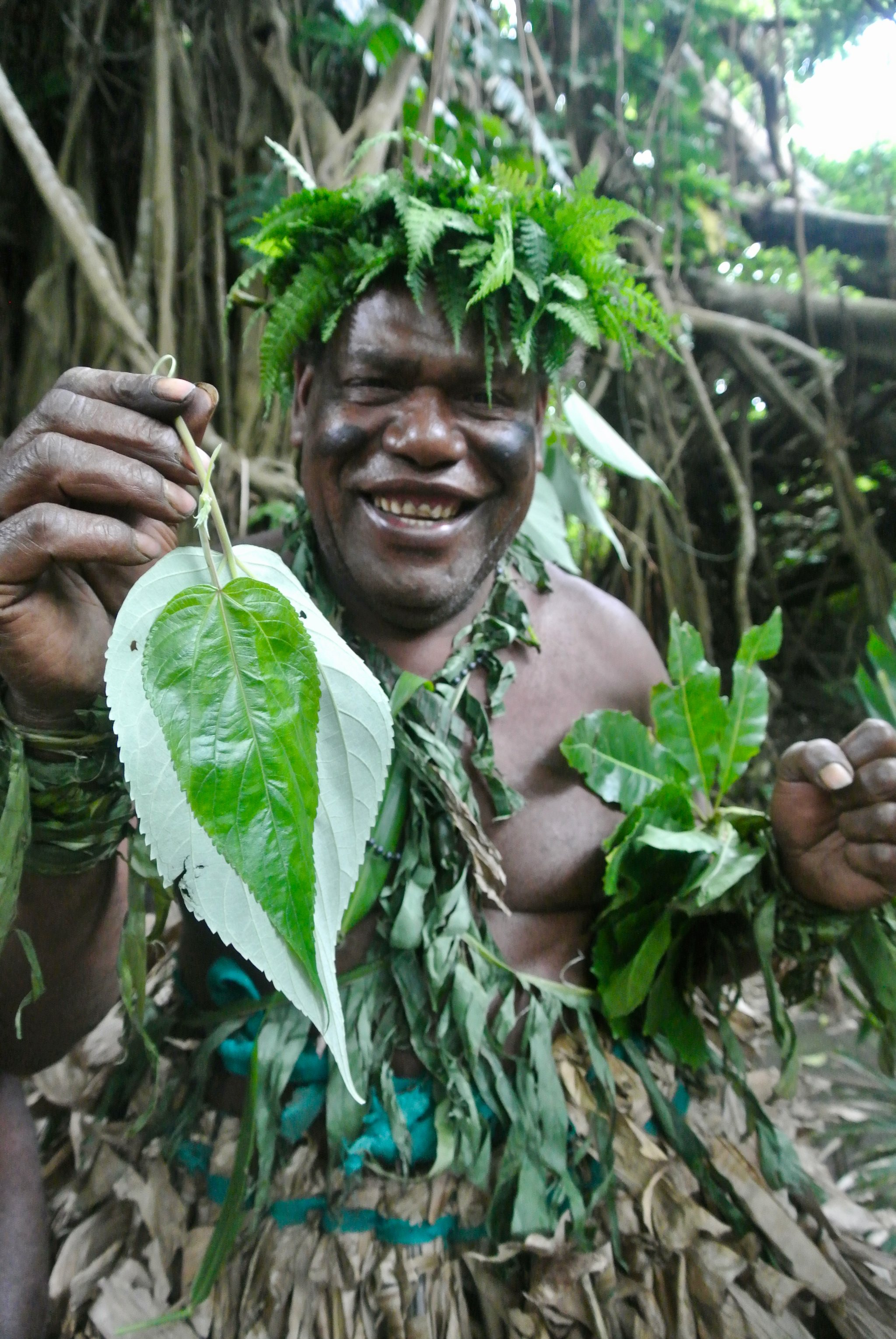 We spent the afternoon walking Tanna's kastom trails with our host Rachel, through the jungle, gardens, plantations & villages, past the nakamals under enormous banyan trees, learning about life on Tanna. 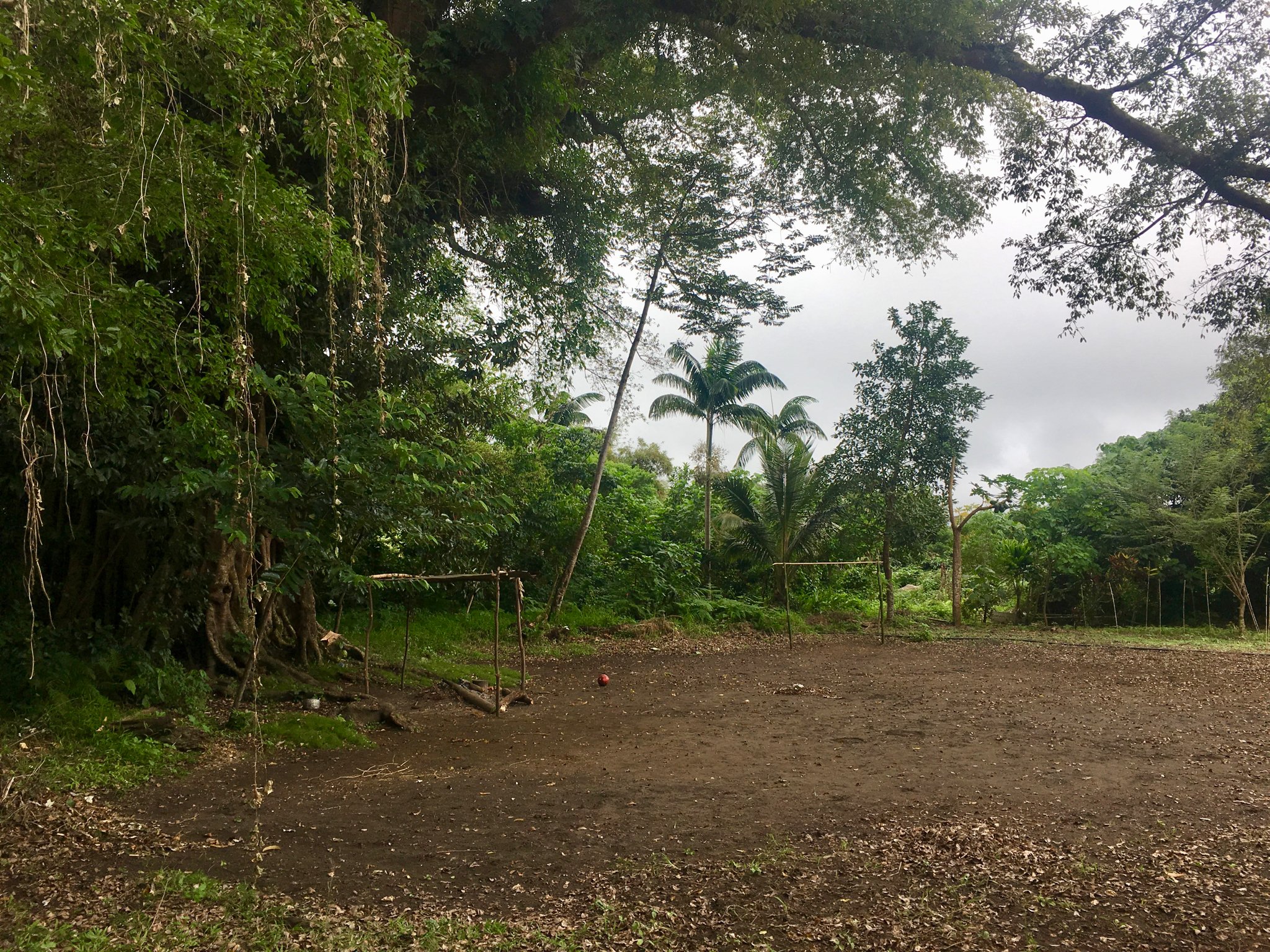 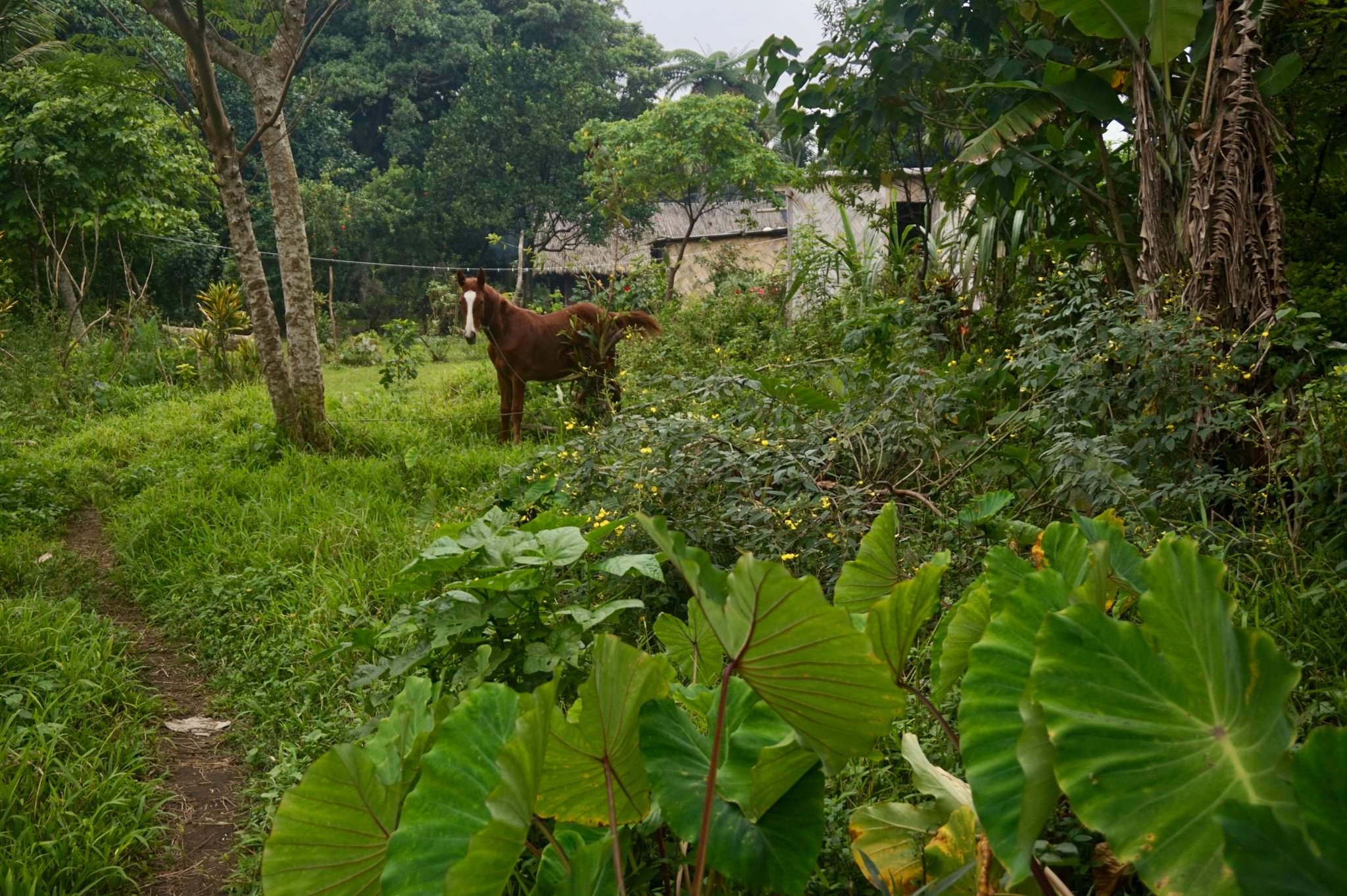 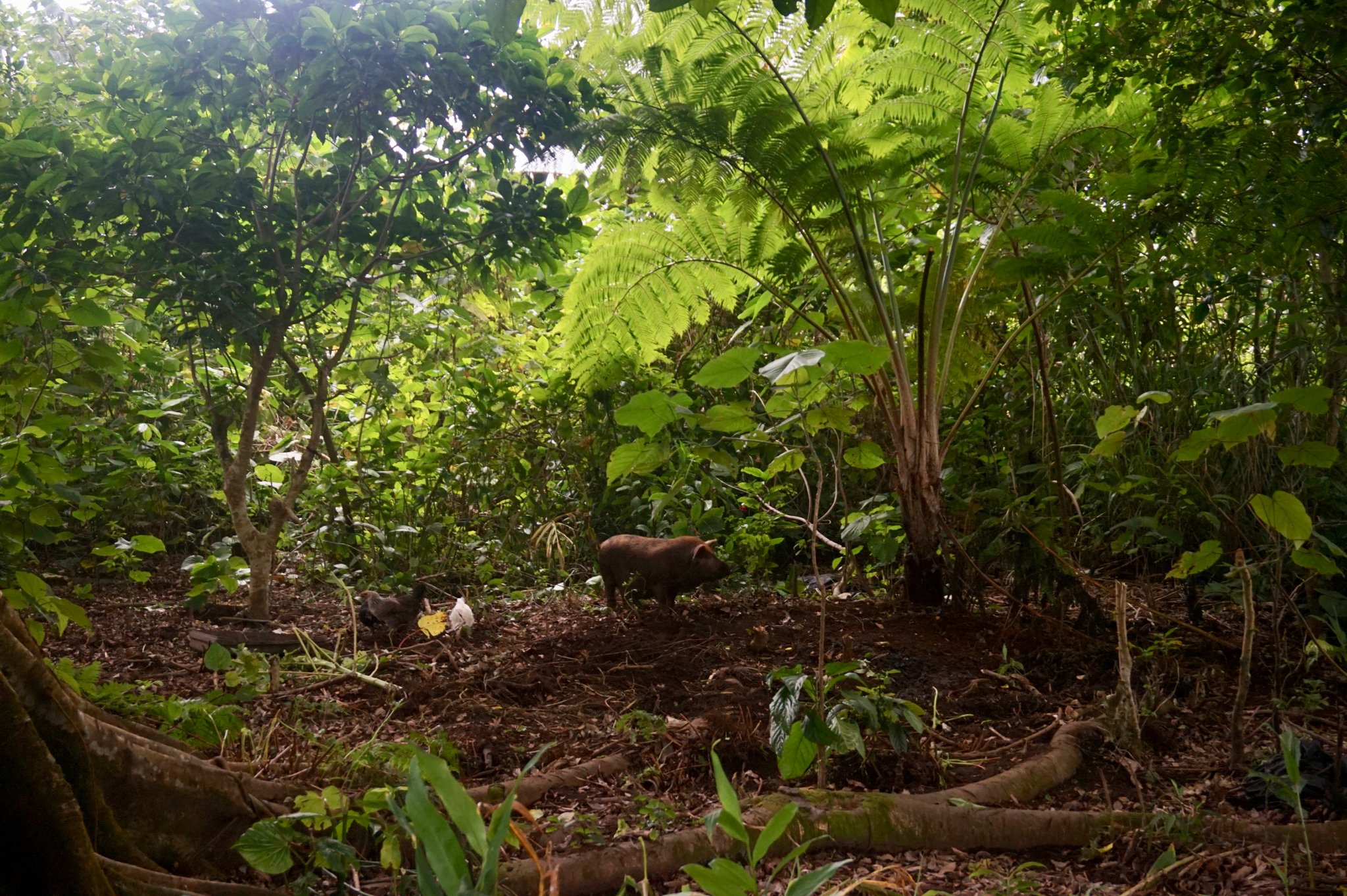 A surprise torrential rainstorm turned our leisurely stroll into a slippery climb down a valley, wade along a river and scramble up the other side, but eventually we emerged from the jungle into Esso & Rachel's garden, drenched & covered in mud, but glad we stuck around a bit longer to see more of Tanna than just the volcano. 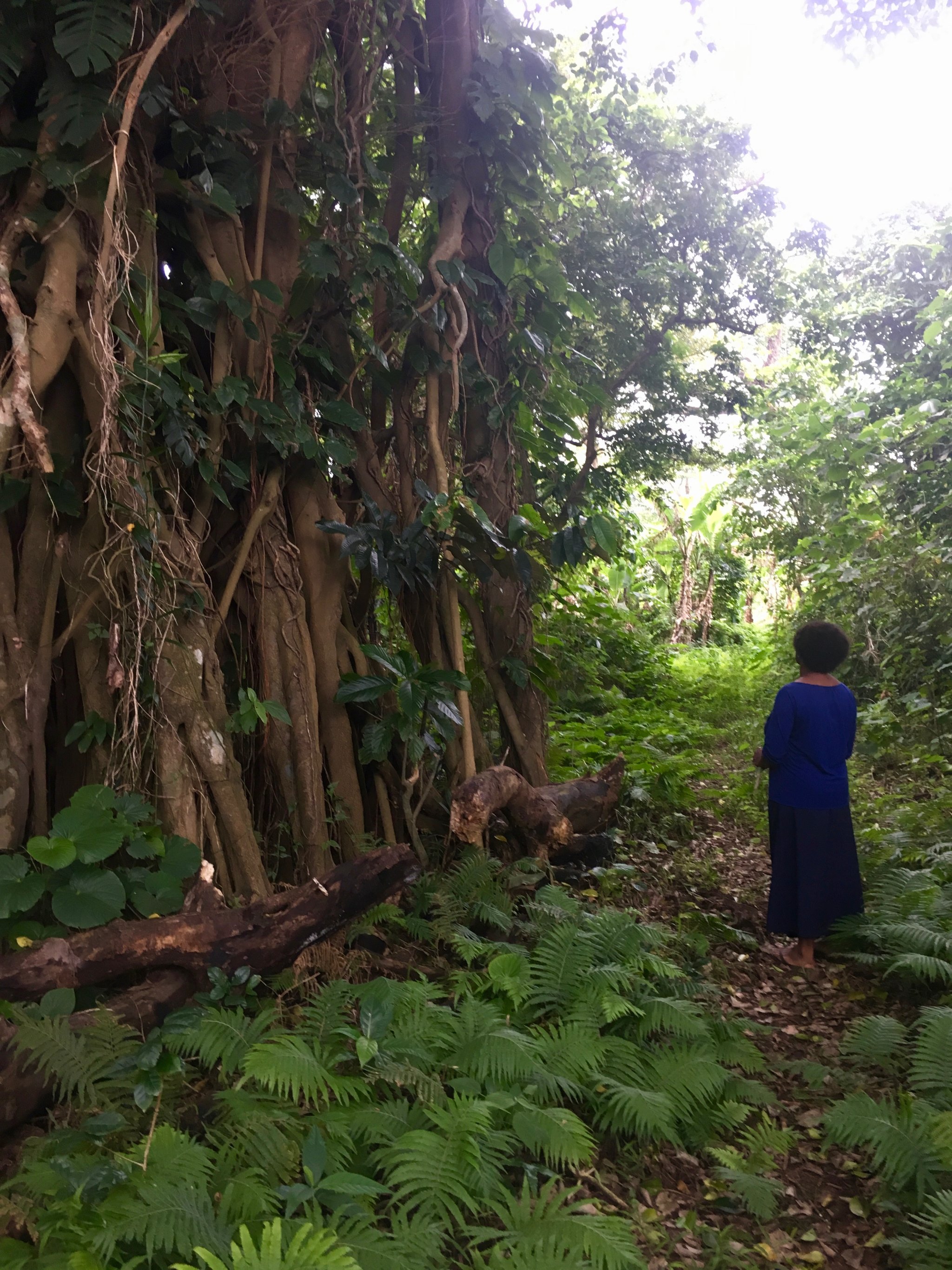 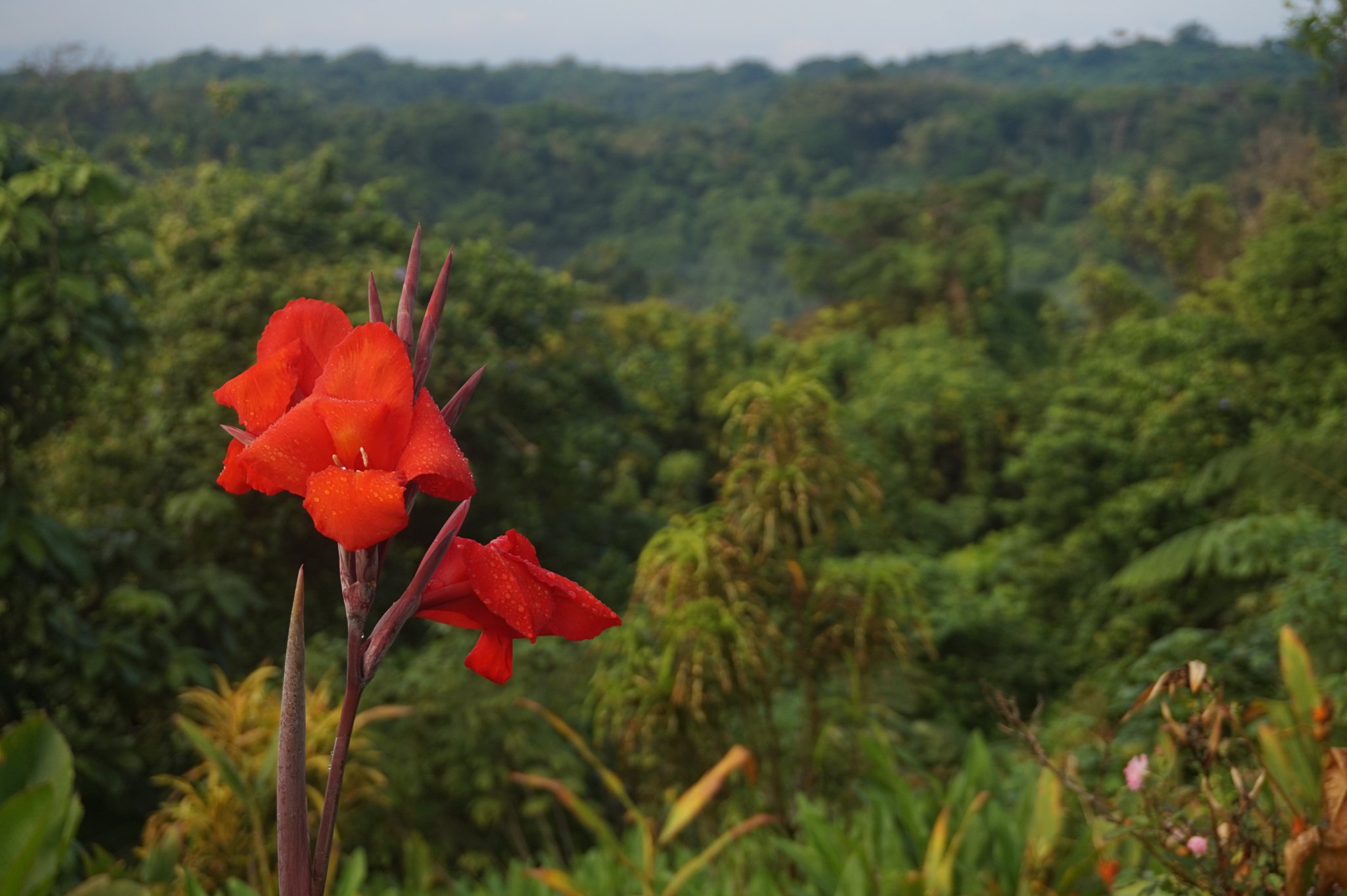 The next morning, with our short visit to Tanna over, we jumped into Esso's ute & headed back to Whitegrass to fly 500km north to a completely different island — the intriguing Espiritu Santo…

Tanna was devastated when it took the full brunt of Cyclone Pam in 2015. Everyone we met talked about its ongoing impact on their lives. Most structures were damaged or destroyed, as were the gardens that supply most of the food, and infrastructure was wiped out. The island's isolated location meant aid was slow to trickle in. Recovery since then has been hampered by severe drought.